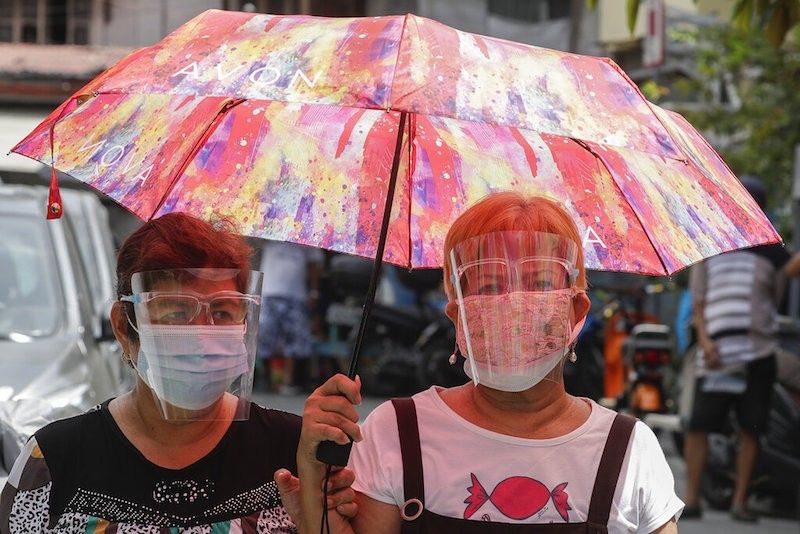 MANILA. Women wear protective masks and face shields as they walk in Manila in this photo taken in May 2021. (File)

The new infections raised the cumulative case count to 1,293,687. Fifteen duplicates, including 12 recoveries, were removed from the tally.

The DOH case bulletin on Thursday also listed 122 additional mortalities, including 65 cases that were previously tagged as recoveries.

As new infections were higher than the recoveries, the number of active cases in hospitals and isolation facilities nationwide increased again to 56,921.

He said on Monday, June 7, that the number of new cases reported to WHO has now declined for six weeks, and deaths have declined for five weeks.

However, he said he continued to see a mixed picture around the world.

“Increasingly, we see a two-track pandemic: many countries still face an extremely dangerous situation, while some of those with the highest vaccination rates are starting to talk about ending restrictions,” he said.

As of June 9, the Johns Hopkins Coronavirus Resource Center tracked more than 174.43 million cases globally, with over 3.75 deaths, while over 2.2 billion doses of Covid-19 vaccines have been administered worldwide. (Marites Villamor-Ilano / SunStar Philippines)