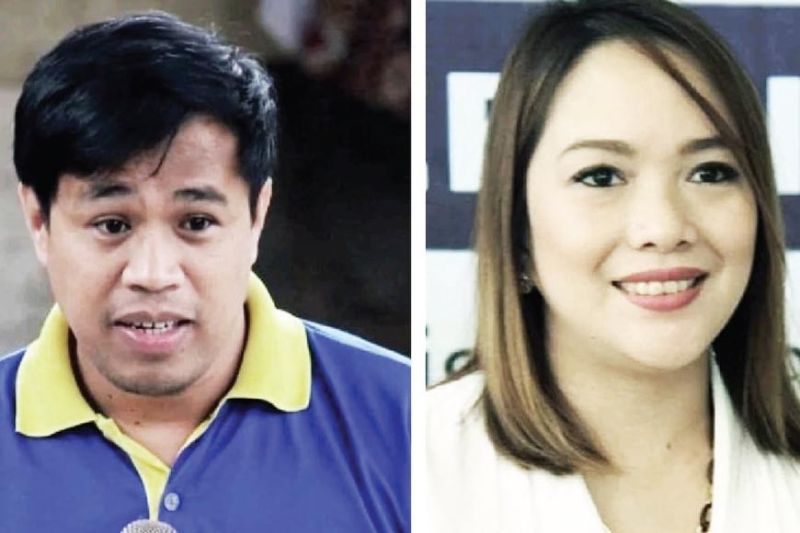 WAR OF WORDS. Cebu City Councilor Alvin Dizon (left) of the opposition party Bando-Osmeña Pundok Kauswagan and City Councilor Niña Mabatid (right) of the ruling party Barug PDP-Laban exchange sharp words over the issue of job order (JO) employees. During the June 4, 2021 budget hearing, Dizon suggested that department heads maximize the availability of regular and casual employees. Mabatid hit back at Dizon on her Facebook page, telling him that the opposition must not touch the JO workers in the City Hall. (SunStar file)

Councilor Alvin Dizon, in a budget hearing on June 4, 2021, recommended that instead of hiring more JO employees, the department heads should maximize the availability of regular and casual employees in their offices.

Dizon brought this up after the budget presentation of the Department of Social Welfare and Services (DSWS) for its proposed first supplemental budget for the year 2021.

Dizon recommended to DSWS officer-in-charge Portia Basmayor that instead of hiring and allocating a budget for the salaries of the JO workers, the budget can be used to augment the budget of social services and other essential programs in the city.

“The City Government is not an employment agency,” Dizon said during the budget hearing.

Six days after the budget hearing, Councilor Niña Mabatid posted on her Facebook page about the issue, questioning Dizon’s recommendation and asking the opposition not to touch the JO workers in the City Hall.

Mabatid, who did not attend the June 4 budget hearing, said many JO workers risked their lives amid the Covid-19 pandemic, and they continue to work even if there were delays in the releasing of their salaries.

Mabatid also said that instead of criticizing, she suggested to the opposition to help and pray for the city’s pandemic response.

In response, Dizon said it was only one of his recommendations. He cannot do anything if the majority of the City Council would not accept it.

Dizon also said he was not politicking when he made the suggestion, and that he “will never engage in such dirty tricks” during a City Council budget hearing.

“We simply cannot afford a bloated bureaucracy at this time when we are facing a public health crisis,” he said.

He also advised Mabatid to attend the budget hearings next time.