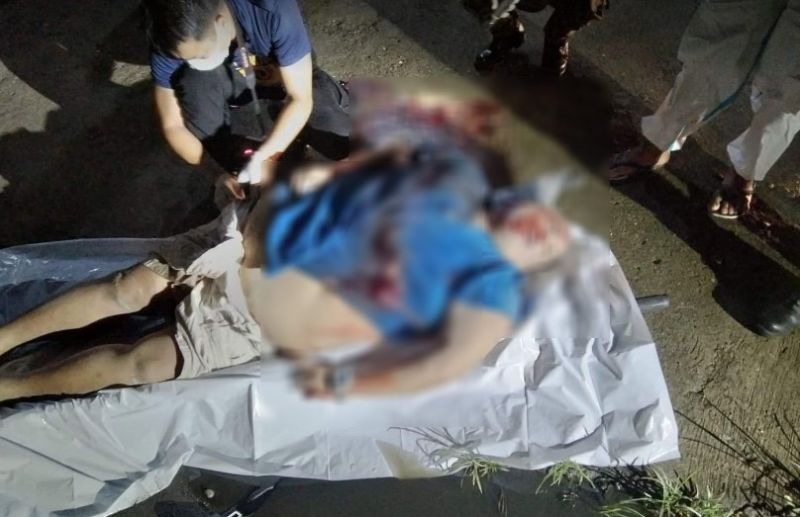 Police Mayor Jun Ray Batadlan, chief of Police Station 4, said Thursday the victim, who was on board a motorcycle, alighted from his motorcycle in front of Barangay Estefania Hall around 10:30 p.m.

Four unidentified suspects, who were on board a sports utility vehicle (SUV), also alighted and fired at him several times.

Batadlan said the four suspects boarded the SUV and fled towards the south direction of Sofia Gonzaga Street, Barangay Estefania

Police recovered from the scene of the crime several empty shells of .9mm caliber and .45 caliber revolver.

The police are eyeing illegal drugs as a possible motive in the killing of the victim.

Batadlan said Sangcap, who was renting a house in Barangay Mandalagan, was identified as the number 4 drug personality in the area of Victorias City Police Station.

He said there was a possibility that Sangcap had a transaction in the area of Barangay Estefania. He was usually seen in the area delivering an item, which was also investigated.

The investigators will also check the footage of the closed-circuit television (CCTV) camera within the area of Barangay Estefania Hall to determine the identity of the suspects.

Police Lieutenant Colonel Eduardo Corpuz, chief of Victorias City Police Station, said in a radio interview that Sangcap, a former seafarer and a son of a former policeman in Victorias, was identified as a high-value target in Victorias City.

He said Sangcap was identified as a supplier of illegal drugs in some areas of Victorias, adding that in previous years, he was also arrested for illegal gambling.

On May 21, a drug personality was also shot to death in Purok Kabugwason, Barangay Mansilingan, Bacolod City.

Police identified the fatality as Audie Gonzaga, 38, of Barangay Mansilingan.

The victim was walking along Purok Kabugwason when two unidentified suspects on board a motorcycle fired at him several times. The suspects are still unidentified.