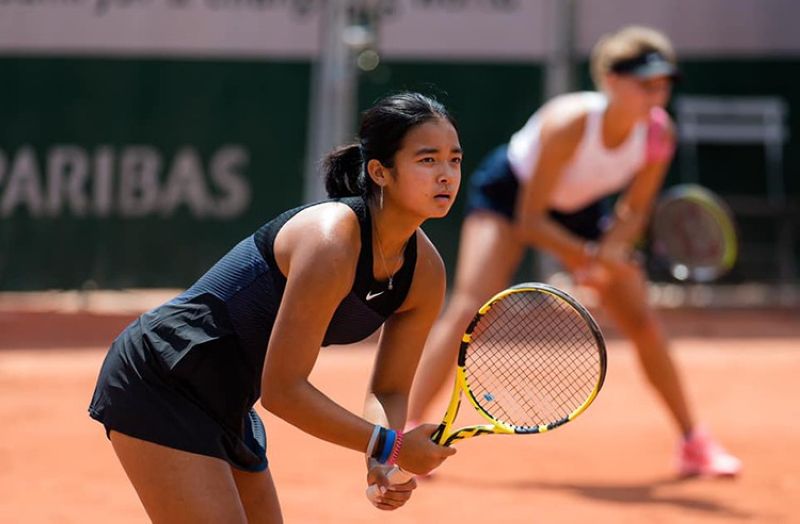 Filipina tennis sensation Alex Eala made her return to the semifinals of the French Open, but this time in the girls’ doubles tournament, as she paired up with Russian Oksana Selekhmeteva to beat the fifth-seeded duo of Croatia's Petra Marcinko and Hungary's Natalia Szabanin, 7-6, 7-6, in a pulse-pounding quarterfinal match on Thursday night at the Stade Roland-Garros in Paris, France.

Eala and Selekhmeteva have showed why they’re the tournament’s top-seed as they have yet to drop a set in this competition. However, the Filipina-Russian pair had to power through some tense moments against their resilient opponents who rallied from a 2-5 deficit in the first set to grab the lead, 6-5. Eala’s side, though, won the 12th game to forge a tiebreak, and once there, emerged victorious, 9-7, to capture the first set.

The second set saw more of Eala and Selekhmeteva’s dominance early on as they zoomed off to a 3-0 lead before Marcinko and Szabanin got their second wind and rallied to tie the set at 6-6 and force another tiebreaker. There, the brilliance of the 16-year old Filipina and the 18-year old Russian was evident as they pulled off a 7-5 win to wrap up the second set, 7-6, the match and earn their place in the semis.

Waiting in the next round is the Italian tandem of Lisa Pigato and Eleonora Alvisi.

This marks the second time that Eala has made it to the semifinals of the French Open. Back in 2019, the then-15 year old made it to the Final Four of the girl’s singles tournament but lost to Elsa Jacquemot, 6-3, 6-2.

Eala is also searching for her second grand slam title after she won the Australian Open girls’ doubles tournament with partner, Priska Nugroho, of Indonesia. (JNP)