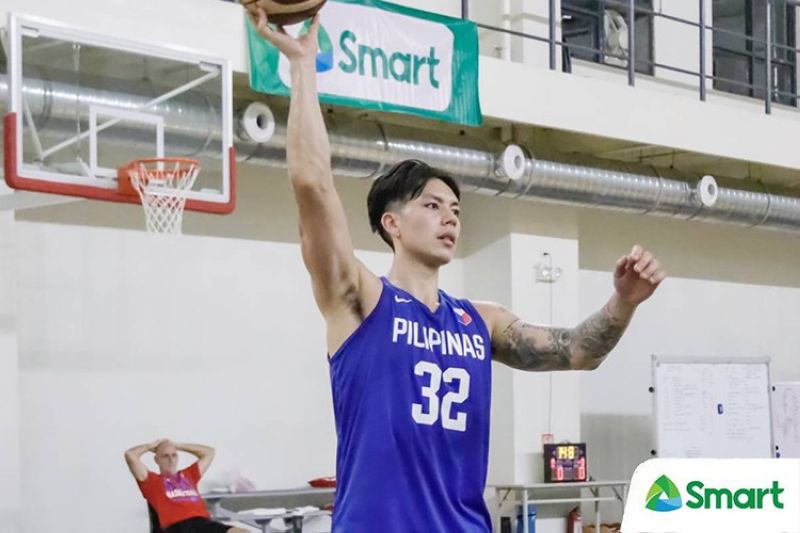 With key members of the Gilas Pilipinas men’s national basketball team suffering different injuries in recent weeks, forward Dwight Ramos is now expected to take on the leadership role especially in the upcoming third window of the FIBA Asia Cup qualifiers on June 16 in Clark, Pampanga.

The 6-foot-4 Ramos has been the team’s most consistent soldier, averaging 12.7 points, 5.7 rebounds, 2.3 assists, and 1.7 steals in their last three games including a perfect 7-for-7 game against Thailand.

But with point guard Matt Nieto and team captain Rey Suerte suffering a broken hand and a sprained ankle, respectively, Gilas program director Tab Baldwin is challenging the 22-year-old to be more than just a player. Rather, he wants Ramos to be a leader.

“With Dwight Ramos, it’s still a wish for us. He still has a personality that isn’t vocally oriented and it’s got to change. It’s a drum we’ve been beating, he’s changing slowly so it is what it is," Baldwin said. "He knows that’s his job."

Ramos is a man of few words. However, the last few weeks has seen him become more vocal, talking to his teammates, both on and off the floor.

"Coach Tab has been challenging me to be more of a leader, be more vocal. That's something that I have been trying to work on. I'm not the loudest person but I'm trying," said Ramos. "As time goes on, hopefully, I become more of a vocal guy for those young players because I might have a little more experience than them internationally."

Ramos admitted that he is also getting a lot of help from close friend and mentor, Kiefer Ravena.

"I'm pretty close to Kiefer. If I have any questions, I just go to Kiefer. Kiefer was named our captain that one time," recalled Ramos of the time that he and Ravena teamed up during the first window of the tournament back in February of 2020.

The Gilas Pilipinas have a long month ahead of them as they take on bitter rivals South Korea twice as well as up-and-coming team Indonesia in the Clark bubble next week. Then, they fly to Belgrade to compete against Serbia and the Dominican Republic in the Olympic Qualifying Tournament. (JNP)