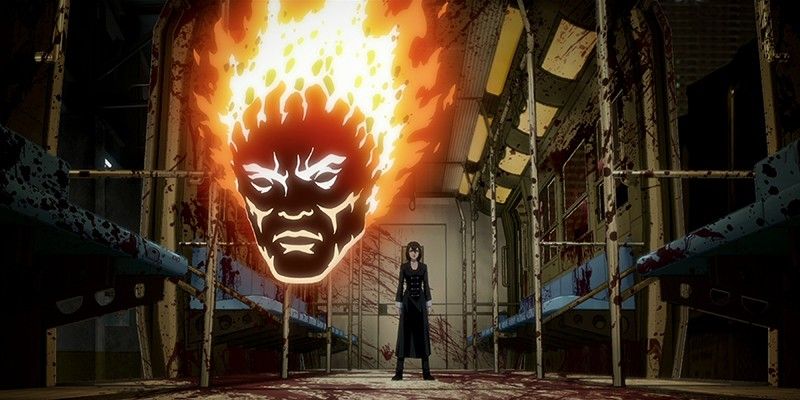 ONE CALL AWAY. The Santelmo is a mythical creature whom Alexandra Trese regularly seeks help from. He can be summoned using a phone. (NETFLIX) 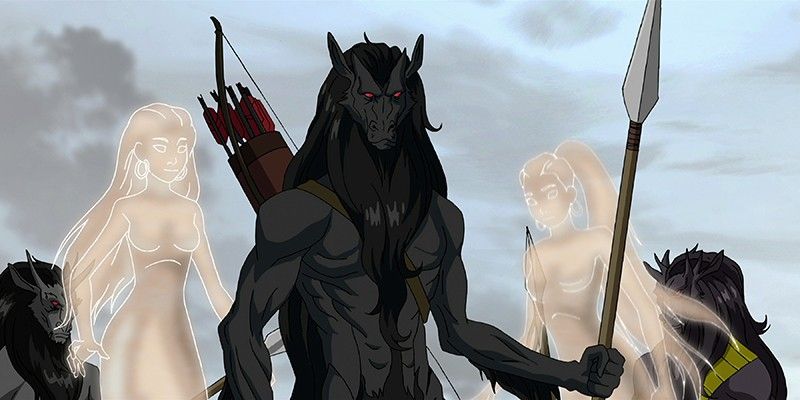 REINFORCEMENTS. Maliksi, who is a Tikbalang, with Hannah and Ammie, who are wind people, during one of the climactic moments of the series. (NETFLIX) 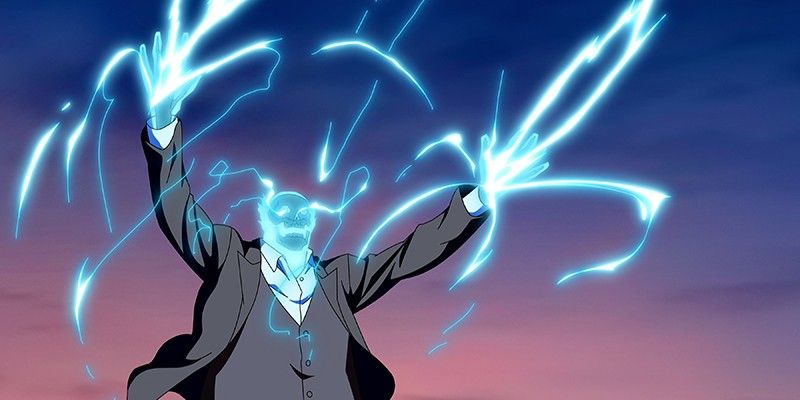 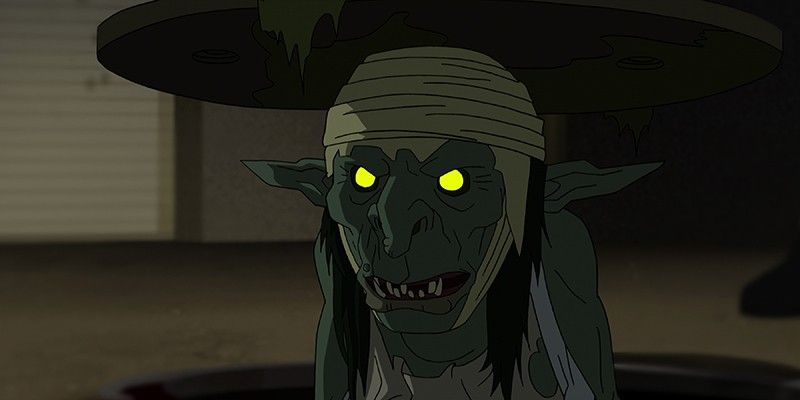 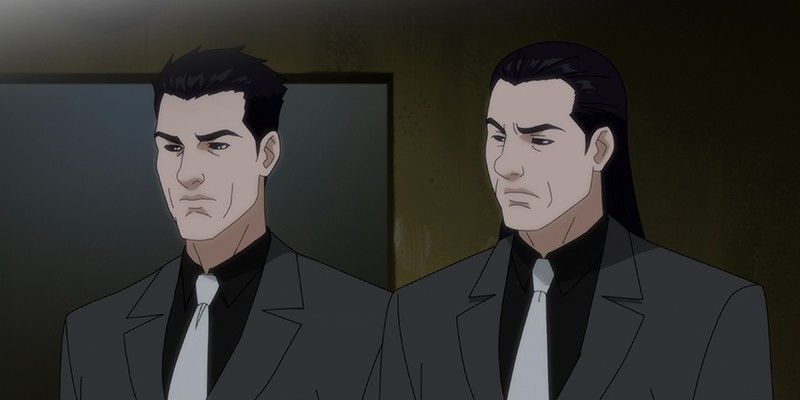 KAMBAL. Alexandra Trese’s bodyguards, Crispin and Basilio, who are sons of Talagbusao, who is the god of war. (NETFLIX) 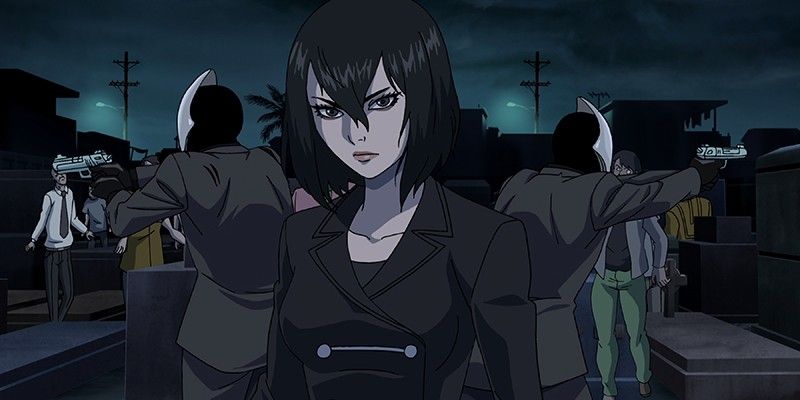 GOT YOUR BACK. Crispin and Basilio cover Alexandra Trese during one of their investigations. (NETFLIX)

FROM the aswangs to the tikbalangs, Trese brings to light to a new audience the rich and diverse folklore of the Philippine islands.

Not only does the series highlight creatures that we heard from horror stories like the white lady or the tianak, but also gods and goddesses of the different tribes of the Filipinos. The six episodes of Trese feature two deities from Mindanao -- Ibu and Talagbusao. Ibu is the queen or goddess of the underworld from Manobo beliefs while Talagbusao is a god of war from Bukidnon beliefs.

Adapted from the supernatural crime-procedural graphic novel created by Budjette Tan and KaJO Baldisimo, Trese introduces to the younger generation these creatures and myths.

He said for the longest time, "a lot of our stories have just stayed on the surface."

"It was like 'May manananggal kang gusto patayin, patayin mo ang manananggal,' and it just ends it with that," Tan said.

He said rarely are there stories based on Philippine myths that look into the origins of the manananggal, how she became one, or what made her become one.

Trese allows them to look into these mythologies and come up with stories to fit the world of the graphic novel. These crime-procedural stories allow the younger generation to gain interest in the mythologies of the Philippines.

"This is a way to catch their attention and clue them in that we have this other world of mythology they have not seen. For the kids who have grown up in the Philippine and Filipino families, it may bridge the experience of a generation to a younger generation and get them interested in finding out where the culture is," Trese executive producer Tanya Yuson said.

Set in Metro Manila, Trese follows the story of detective Alexandra Trese as she looks into cases involving Filipino mythical creatures and beings. Some are there to help her while others are there for sinister deeds.

Tan said compared to before when they could only access Philippine myths through books at the library, kids nowadays have more than one way to learn about Filipino folklore and legends with the internet.

"It's great that these days, there are so many ways for a new generation to learn about them. It is us discovering and figuring out our identity as a Pinoy the more we learn about these old tales," he said.

Filipino-America director Jay Oliva, who is Trese's director and executive producer, said working on this series allowed him to rediscover his culture.

"A series like this will hopefully reignite and inspire the upcoming generations to look into that (Philippino mythology)," Oliva said.

For Tan and KaJO, it was not in their minds that there will come a time when Trese will be adapted into an animated series.

"When we started in 2005, the focus was just a comic. There was no dream or aspiration of this travel or can this be adapted into something else," Tan said.

However, Yuson saw potential in the graphic novel. She was able to pitch it and be given the green light by Netflix

"But thankfully there were people who started to see potential in our story and Tanya was one of them," Tan said.

He said they are very happy that Trese has been adapted into an animated series.

Oliva said it is uncommon for Hollywood to greenlight projects from the Philippines.

Yuson said there is a challenge in adapting the graphic novel into an animated series.

"When you adapt something from the book to a live-action or animated series, it needs to morph, it can't just be exactly the same because the medium is different," Yuson said.

She said part of the process involved figuring out what they love about the series.

"We loved that it was a police procedural, it was like a detective story set in a noir town," Yuson said.

Oliva said they had a lot of material to work with given that Trese has 13 cases covered in three volumes that they can work on.

"We had an easy job of looking back at the books and figuring out these threads... We had all these volumes of books and history that they have established for the characters so we just went in and mined it," he said.

They were also able to combine two or merge cases in one episode, which is around 22-minutes long.

"Why not merge two and add like this arc for Alexandra so people would kind of get to know her but also introduce the world that she is in," Yuson said.

Oliva added, "I knew the first episode was going to be about the aswang but I loved the 13 stations storyline where it is about the Chinese restaurant with the aswangs. And I was like, let's throw in that first episode because it was very aswang centric."

"It is great with how they came up with the story structure because one of the biggest inspirations for Trese is CSI (Crime Scene Investigation). If you remember, CSI, especially the good seasons, always had the main story and a sub-story. That was how they got to show the different cast members in different parts of the city investigating crime. And that was how it felt like watching the episodes of Trese," Tan said.

Trese premieres on Netflix on June 11, 2021 at 12 midnight. It has six episodes at 22 minutes each. Alexandra Trese is voiced by Shay Mitchell for the English version while Liza Soberano voices the protagonist in the Filipino version. It is directed by Oliva (Justice League Dark, The Legend of Korra), who is also the showrunner and one of the executive producers. Yuson and Shanty Harmayn of Base Entertainment, a studio based in Jakarta and Singapore, are also executive producers. The series is written by Yuson, Zig Marasigan, and Mihk Vergara. (RJL)