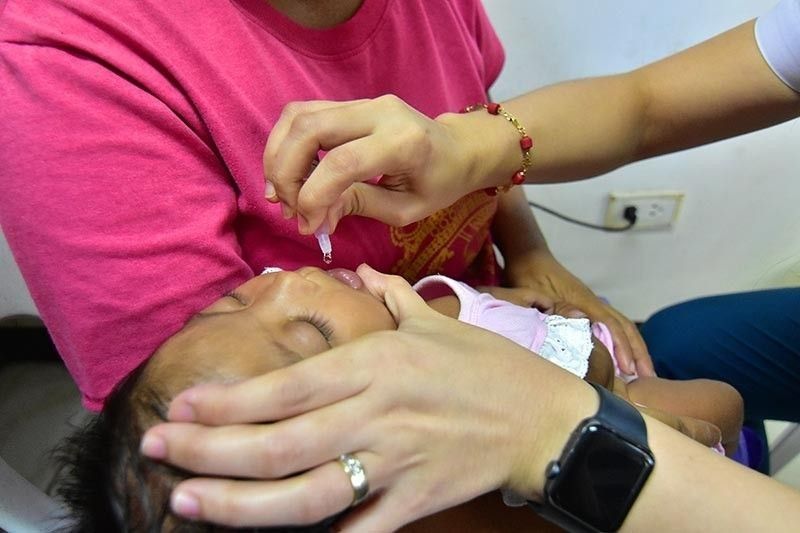 THE Department of Health (DOH) has officially concluded its polio outbreak response as the poliovirus has not been detected in the past 16 months.

In a joint statement Friday, June 11, 2021, the World Health Organization (WHO) and Unicef Philippines said the end of the polio outbreak response on June 3 was a result of intensified immunization and surveillance activities in affected areas of the country.

DOH announced a polio outbreak on September 19, 2019, around 19 years after the country was declared as polio-free.

WHO said it supported the country’s polio outbreak response by providing both technical and operations support on intensifying polio surveillance, planning, preparing for and monitoring of immunization campaigns, infection prevention and control measures and risk communication.

WHO also deployed international and national polio experts who provided on-the-ground technical support to the regions and local implementers.

“This is a major win for public health and is an excellent example of what collective efforts can attain, even in the midst of the Covid-19 pandemic. The closure of the polio outbreak is a direct result of strong political will and government leadership, the mobilization and engagement of resources and communities, the courage and commitment of healthcare and front-line workers, and the combined, coordinated efforts of the local governments and partners,” said Dr Rabindra Abeyasinghe, WHO Representative to the Philippines.

Meanwhile, Unicef supported the outbreak response through vaccine procurement and delivery, development of immunization guidelines, social mobilization, engaging community members and influencers, and building the capacity of DOH and local government unit staff nationwide to plan and ensure that no child was missed.

“The success of the polio immunization in the Philippines is proof that when we come together for children, great things happen. Unicef celebrates all the vaccine champions and partners who made this possible. We must keep the momentum and accelerate routine immunization and safeguard essential child health services while rolling out Covid-19 vaccines for priority groups,” Unicef Philippines Representative Oyunsaikhan Dendevnorov said.

Aside from WHO and Unicef, other core partners of the Global Polio Eradication Initiative (GPEI) include the Rotary International, US Centers for Disease Control and Prevention, Bill and Melinda Gates Foundation, and Gavi, the Vaccine Alliance. (PR)