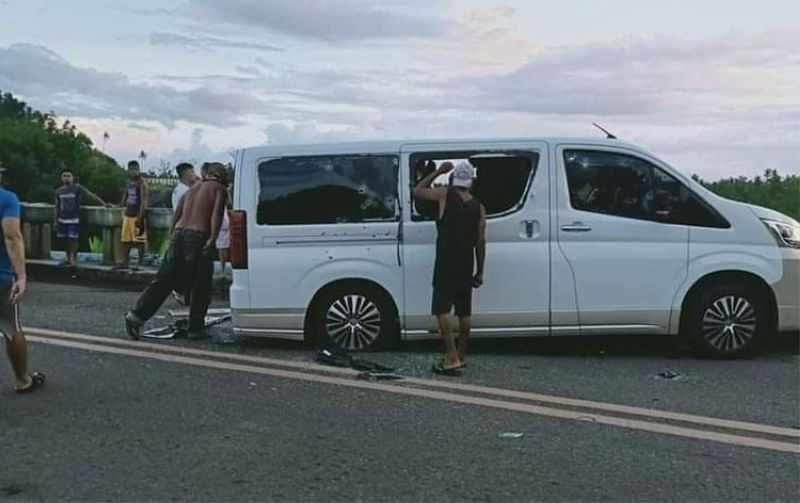 THE National Bureau of Investigation (NBI) has filed murder and frustrated murder charges against seven policemen of the Samar police station and two other individuals over the killing of Calbayog City Mayor Ronaldo Aquino in March 2021.

NBI Deputy Director for Regional Services Antonio Pagatpat said the killing of Aquino was planned based on the evidence they have gathered.

He said the incident was an ambush, not a shootout as claimed by the police.

“As to the CCTV, it will tell us that this is not just a chance encounter, but as I said a premeditated one. That’s why the report was it was an ambush,” he said in an interview with reporters Friday, June 11, 2021.

In a Senate inquiry, the NBI said it based its conclusion on 53 statements, CCTV footage of the incident, and information from the cellphones they had obtained during their investigation.

A whistleblower, Police Master Sergeant Jose Jay Scenario, claimed that Aquino’s political rival tapped the PNP to obtain a search warrant against the mayor and tag him as the protector of a policeman involved in the illegal drug trade.

He said the ambush on the mayor had long been planned.

Police Captain Joselito Tabada, who was the police chief of Gandara, Samar and acting chief of the Provincial Drug Enforcement Unit, and Staff Sergeant Romeo Cobococ Laoyon of PDEU.

Police claimed Aquino’s men fired at them first, prompting them to retaliate. They said they did not know that Aquino was in the vehicle.

A civilian identified as Clint John Paul Yauder was also killed after he was hit by a stray bullet during the crossfire.

Philippine National Police (PNP) Chief Guillermo Eleazar said the agency will not shield the policemen involved in the said incident. The seven policemen have been placed under restrictive custody.