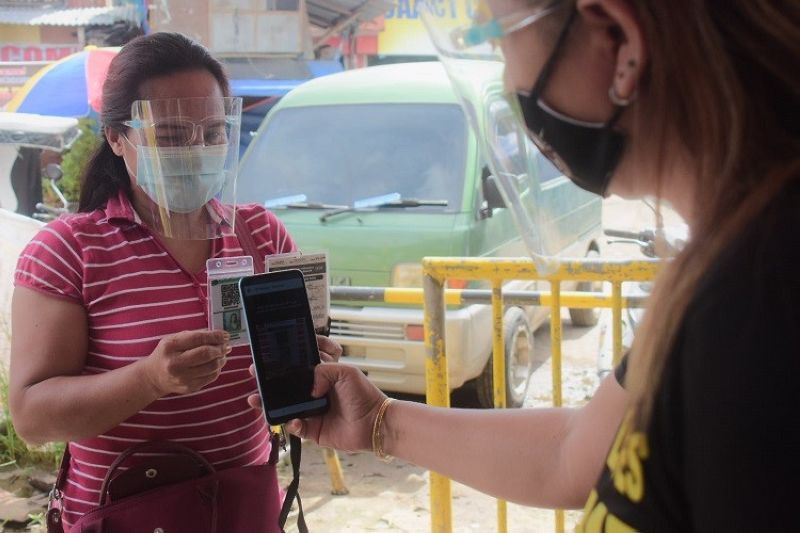 A PROPOSED ordinance penalizing business establishments not implementing the SafeDavao QR (DQR) Code scanning upon entrance and exit is set to be enacted in the 19th Davao City Council.

Councilor Melchor Quitain Jr., City Council Floor Leader and committee on rules, privileges, laws and ordinances, told SunStar Davao in a phone interview that this will be in addition to the existing DQR ordinance enacted on December 7, 2020.

Quitain said in the proposed ordinance, entitled "An Ordinance Penalizing Business Establishments Not Implementing DQR Code Scanning Upon Entry and Exit," business establishments are tasked to do the scanning.

Firms that will not comply with the mandatory scanning will be penalized.

He said establishments have no reason not to scan even with the absence of an internet connection since the DQR scanner can now scan offline.

"Kanang mga magpalusot nga 'Ay, wa man mi internet, dili maka-scan.' Dili na kana pwede karon tungod naa nata'y offline scanning feature, wherein pagkahuman, mangita lang kag internet or signal, mu-send siya automatic (Those who will reason out that they cannot do the scanning for they have no internet connection will not be accepted since the DQR app has already an offline scanning feature wherein they can still scan the DQR and transmit the scanned data once there will be available internet connection)," the councilor said.

DQR is an electronic contact tracing and travel pass platform intended to be implemented for several purposes, which will be used by the city government to improve its contact tracing efforts.

Quitain said the ordinance aims to intensify the implementation of the DQR as part of the city's effort in curbing the spread of the virus.

The proposed ordinance is set to be deliberated in the Council on Tuesday, June 15.

Meanwhile, Davao City Health Office (CHO) Acting Head Dr. Ashley Lopez said in a radio interview on Wednesday, June 9, that the City is still not considering reimposing the food and medicine (FM) pass and the "no movement Sunday" or the prohibition of all outside resident activities on Sundays.

However, Lopez assessed that the DQR implementation is already an "effective" measure.

"Murag mao na siya ang ni-substitute sa FM pass. Murag sufficient na siya sa pagpatuman sa atong mga regulations (It is like a substitute for the FM pass. I might find it sufficient in our existing regulations)," he said in an interview on 87.5 FM Davao City Disaster Radio.

He added that some establishments do not "exit scan" customers leaving the premises.

"Kung ingon ana ang sistema, dili nato mahibaw-an kung (If they will continue with that kind of system, we cannot determine) how much time did the particular person spend in that particular mall or restaurant, or shopping center," the health official said.

In January, the system started sending a push notification, through a text message, to individuals who were in close contact with a Covid-19 patient. This includes the time and place where he or she had close contact.

The mayor revealed on April 5 that those who are contacted will also be notified to get tested.

This after the city ordered the mandatory swab testing of all close contacts, including the second and third generation contacts of confirmed Covid-19 patients.

"There is a need to expand the testing of contacts beyond the F1 category as an attempt to control transmission of the virus," the EO said.