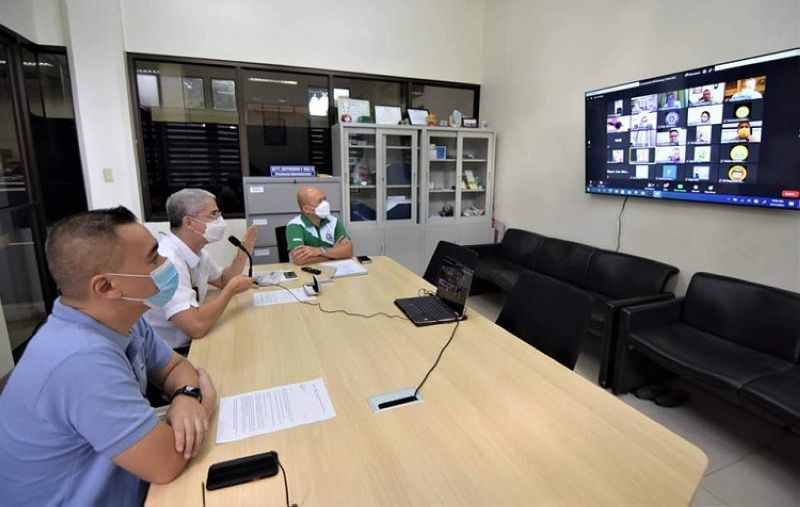 MAYORS in Negros Occidental have agreed not to allow non-essential travel, Governor Eugenio Jose Lacson said after his Zoom meeting with them Friday, June 11, 2021.

The governor said local government units (LGUs) that have borders with Negros Oriental will also implement the same policy.

Doctors from the Philippine Society for Microbiology and Infectious Diseases- Western Visayas have recommended closing borders or ports of entry in Negros Occidental to non-essential travel for two weeks.

Cadiz City Mayor Salvador Escalante Jr. said the mayors agreed that there is a need for LGUs to be vigilant in monitoring those who are not residents.

"We cannot prevent people to enter our jurisdiction but we should monitor their movements," Escalante said.

The mayor said the provincial government has given discretion to LGUs to strictly impose the minimum health protocols.

"In the case of Cadiz City, we cannot control the entry, especially of big fishing boats. But we will strictly implement the wearing of face masks of those who are not from the city but have transactions here," Escalante added.

Fishing boats docking at the Cadiz City Commercial Port are not allowed to go down their boats, he said.

"They have assigned people to purchase their needs from the stores in the city," he said.

"For those coming from Manila or outside Western Visayas, we will require them to show SPass and StaySafe as well as a negative RT-PCR (reverse transcription-polymerase chain reaction) test," he also said.

Escalante said the while LGUs located at the border with Negros Oriental are given authority to impose restrictions on non-essential travel by putting up border patrols, "the provincial government is ready to augment if needed."