Editorial: A shift in focus 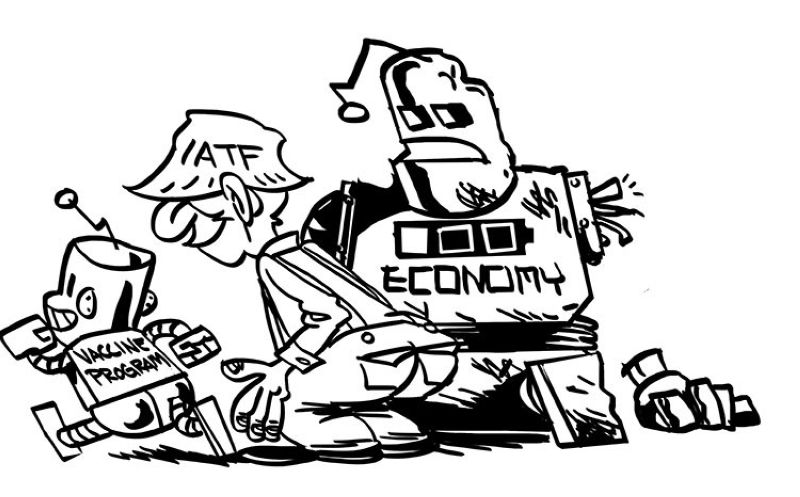 Another one million doses of the Sinovac vaccine against coronavirus disease 2019 (Covid-19) arrived Thursday, June 10, 2021, at the Ninoy Aquino International Airport.

The new deliveries form part of the 11,058,000 doses that the Philippines expects to arrive this month alone.

As of Thursday noon, the total number of doses delivered to the country has reached 10,329,050.

The figures look promising, even though some local government units (LGUs) are forced to suspend their vaccination programs after depleting their supply of vaccines. They can only resume vaccination once they receive a fresh delivery from the Department of Health (DOH).

But since the vaccines have to be flown in from abroad, the government and the LGUs have no choice but to wait.

As of Wednesday, June 9, the DOH logged 54,000 active cases nationwide of which 92.6 percent displayed mild symptoms,

meaning patients have stable vital signs and are often not admitted to the hospital for treatment unless they belong to high-risk subgroups or have comorbidities, while three percent are asymptomatic.

Of this number, 747 or 1.4 percent are considered critical, which the DOH defines as “a patient with impending or ongoing respiratory failure in need of mechanical ventilation, or with evidence of end-organ damage or with septic shock,” and 978 or 1.8 percent are severe, meaning the patient shows clinical signs of severe pneumonia or severe acute respiratory infection.

The Philippines has a population of over 100 million. The 54,000 active cases constitute .00054 percent of the total population.

Since the pandemic began in March last year, it has claimed the lives of 22,190 Filipinos, or .0002219 percent of the population.

The Inter-Agency Task Force (IATF) for the Management of Emerging Infectious Diseases, with the help of LGUs and the public, has managed to keep the number of Covid-19 cases down with the continued strict enforcement of safety and health protocols.

However, it should acknowledge that this can’t go on indefinitely. This health crisis will end and the IATF and the government should come up with a post-Covid plan to deal with the economic effects of the pandemic.

In the meantime, it should look into convincing more people to get vaccinated. That way, the country can reach its goal of vaccinating 70 million Filipinos quicker. There’s no point in having all those vaccines arrive if the target population is hesitant to get the jab.