VisMin Cup taps Chino Trinidad to be league consultant; Mindanao leg to tip off on June 22 in Pagadian 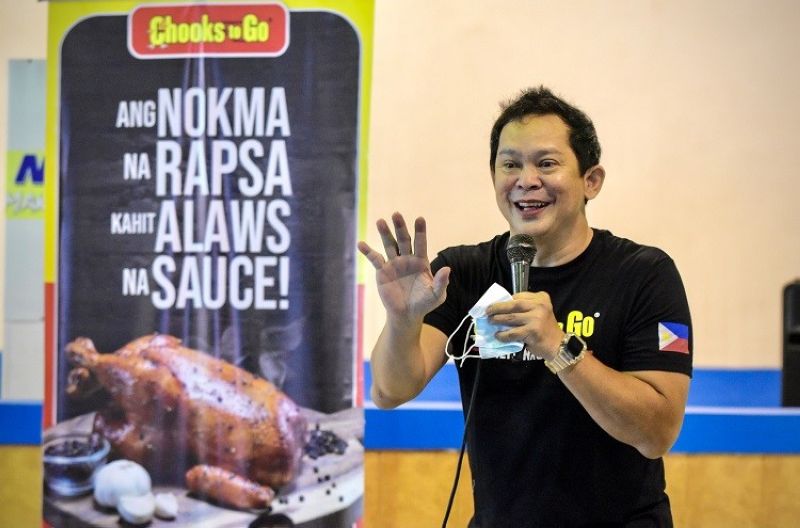 MANILA. The Chooks to Go Pilipinas VisMin Super Cup has tapped veteran sportsman Chino Trinidad to be its consultant as the league looks to return to action with the Mindanao leg on June 22 in Pagadian. (Chooks to Go)

THE Chooks to Go Pilipinas VisMin Super Cup has tapped veteran sportsman Chino Trinidad to be its consultant as the league looks to get back into action with the staging of the Mindanao leg on June 22 in Pagadian.

The league’s chief operating officer Rocky Chan made the announcement in a virtual press conference on Saturday morning, June 12.

Trinidad revealed that the controversy that hounded the league early on prompted him to make his return to the basketball scene after acting as commissioner of the defunct Philippine Basketball League back in 2010.

“Ayoko ng bumalik sa Philippine basketball. I had my share. Siguro naman nakatulong na ako and I want a simple quiet life pero kapag may gumagawa ng katarantaduhan, sorry for the term, kapag kasi tungkol sa basketball, a game that we all love with a passion na itataya natin ang buhay natin, hindi pwedeng palipasin yung mga ganitong bagay and that is one reason why I am back,” said Trinidad, referring to the game-fixing controversy involving the Siquijor Mystics and ARQ Lapu-Lapu.

Chan also revealed that they have set June 22 as the tip-off date for the Mindanao leg, barring any changes to the situation in Pagadian.

“After the successful Visayas leg, medyo yung timetable for Mindanao, medyo nag-adjust kami ng konti due to the current situation especially for Mindanao. It’s now official for the Mindanao leg inaugural season, it will be hosted by Pagadian City, Zamboanga Del Sur and it is set on June 22, 2021. Unless, of course doon sa case ngayon with regards to Covid, hopefully everything goes well then we will kick off on June 22 for our Mindanao leg of the Chooks-to-Go PIlipinas VisMin Super Cup,” revealed Chan. (JNP)