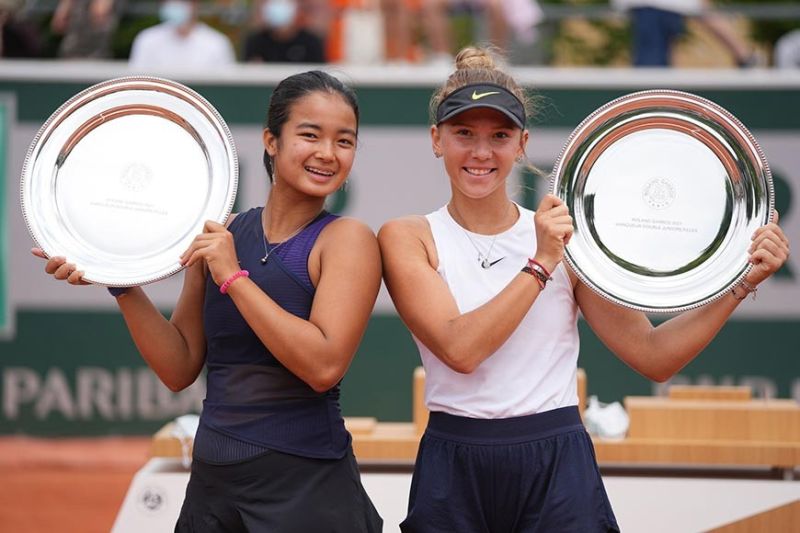 The grand slam win was the second of the tennis prodigy’s career after she won the Australian Open girls’ doubles crown back in 2020 with Indonesia's Priska Nugroho. This is also Eala’s second crown this year after she won the W15 Manacor in Spain back in January.

Eala and Selekhmeteva was firing on all cylinders early on as they imposed their will in the first set, breaking the serves of the Bondarenko-Tóth pair while holding their own to win, 6-0, in a mere 20 minutes.

Bondarenko and Tóth refused to back and answered with a break of their own to tie the second set at 5-5. But with the championship in sight, Eala and Selekhmeteva once again gained a break in the 11th game to take a 6-5 lead before dominating the 12th game to win the second set, 7-5, end the match in 47 minutes and capture the prestigious grand slam title. (JNP)