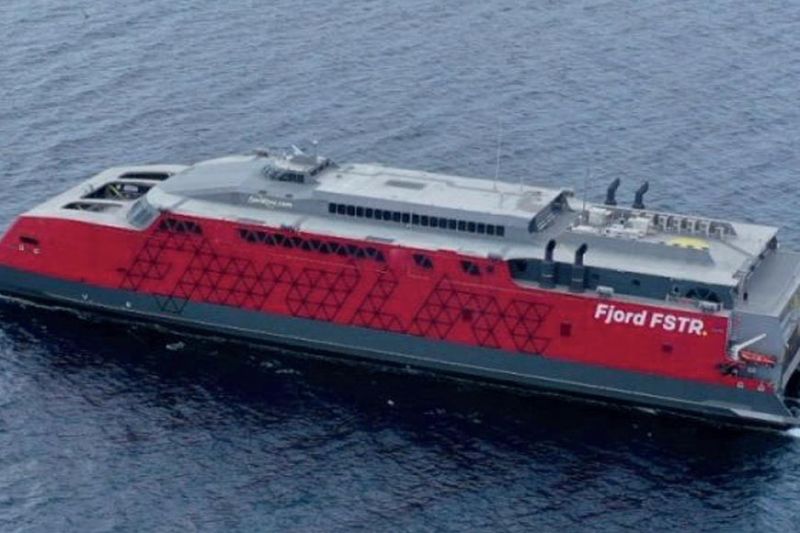 HUB. Fjord Line’s FSTR (Austal Hull 419) is a 109-meter high-speed vehicle-passenger ferry designed by Austal Australia and constructed by Austal Philippines. The Department of Tourism 7 is pushing for Cebu to be known as the country’s maritime hub. / AUSTAL PH

THE Department of Tourism (DOT) 7 is mulling to create an event that will gather all stakeholders in the maritime industry.

DOT 7 Director Shahlimar Tamano said it is now high time that Cebu asserted itself as a maritime hub.

“We export boats and ships. We sell speedboats and manufacture diving equipment. It’s about time that stakeholders come together, hopefully in six months’ time,” said Tamano in a coffee table discussion hosted by the Cebu Chamber of Commerce and Industry.

“We hope to make this an annual event. In the meantime, we will talk to Maritime Industry Authority, Philippine Coast Guard and the local chief executive (for them to support this project),” he added.

Tamano hinted that the upcoming activity will be named Marin7.

Cebu has long been known as one of the country’s favored destinations for shipbuilding.

The town of Balamban, specifically, is capable of producing complex naval vessels following the completion of Australian shipbuilder Austal Philippines’ US$20 million expansion of its shipyard in 2019.

The expansion paves the way for the proposed construction of offshore patrol vessels for the Philippine Navy.

Austal’s Cebu shipyard, which began operating in 2012, has since delivered 19 ships to 11 operators in ten countries.

Another company, Tsuneishi Heavy Industries Cebu Inc., also based in Balamban, Cebu, is involved in shipbuilding, ship repair and manufacturing of outfittings for ships and vessels. It ships out medium-sized vessels to different parts of the world from Balamban.

Manufacturing boats is a lucrative business in Cebu.

Boat Classified, for example, which is a Certified A-Class Boat Builder by the Marina, is building boats built in high-quality fiberglass.

Cebu is also a top diving destination in Asia, which makes diving-related businesses a thriving venture in the province, especially during the pre-pandemic period.

Japan-based Marine Diving Magazine cited the islands of Bohol, Negros Oriental and Cebu, particularly Moalboal and Malapascua, as among the best diving sites in the Philippines at the Marine Diving Awards 2020 in Tokyo, Japan.

The magazine said the diving sites have “captured the hearts of many divers and make them want to revisit the Philippines again and again. And with its easy access from Japan and reasonable tour prices, the Philippines is no doubt a first pick for many diving lovers.” (KOC)