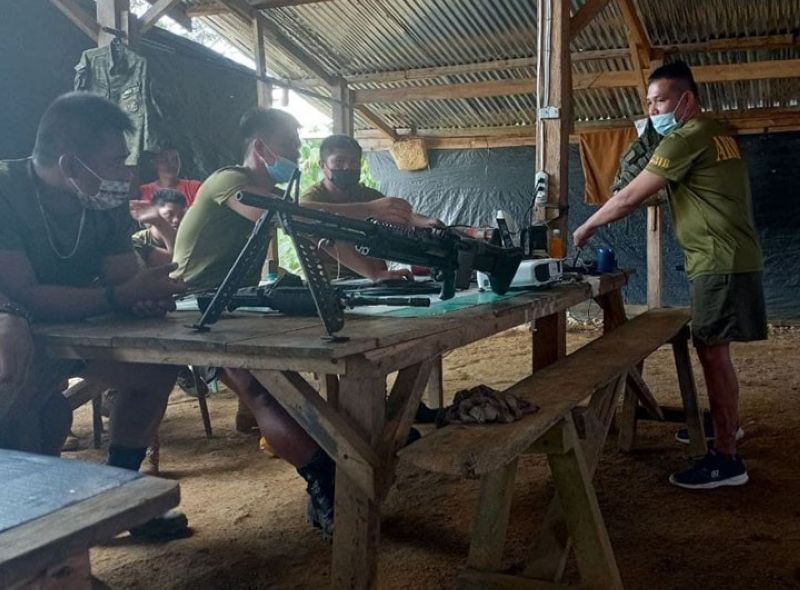 ZAMBOANGA. The Charlie Company of the Army’s 53rd Infantry Battalion (53IB), with the aim of advancing the troops’ knowledge and skills, conduct last week an orientation on the proper use of firearms. A photo handout shows the troops dismantling and reassembling as well as describing the parts of the firearms during the activity at the 53IB’s Charlie Company in Gasa village, Lakewood, Zamboanga del Sur. (SunStar Zamboanga)

THE Army’s 53rd Infantry Battalion (IB), with the aim of advancing the troops’ knowledge and skills, conducted an orientation on the proper use of firearms.

Lieutenant Colonel Jo-ar Herrera, commander of the 53IB, said the orientation was held last week at the headquarters of the unit’s Charlie Company in Gasa village, Lakewood, Zamboanga del Sur.

Herrera said the orientation was focused on the proper use of R4A3 and M14 rifles; M60 and K3 machine guns; and, M203 grenade launcher.

He said during the activity, topics discussed included the following: four cardinal rules on gun safety; characteristics and general data of R4A3, M14, M60, K3, and M203 grenade launcher; the weapons' different parts, and the weapons' assembly and disassembly.

He said the activity is part of the 53IB’s drive to pursue transformation to become a world-class Army that is a source of national pride by 2028 in line with the Army Transformation Roadmap. (SunStar Zamboanga)