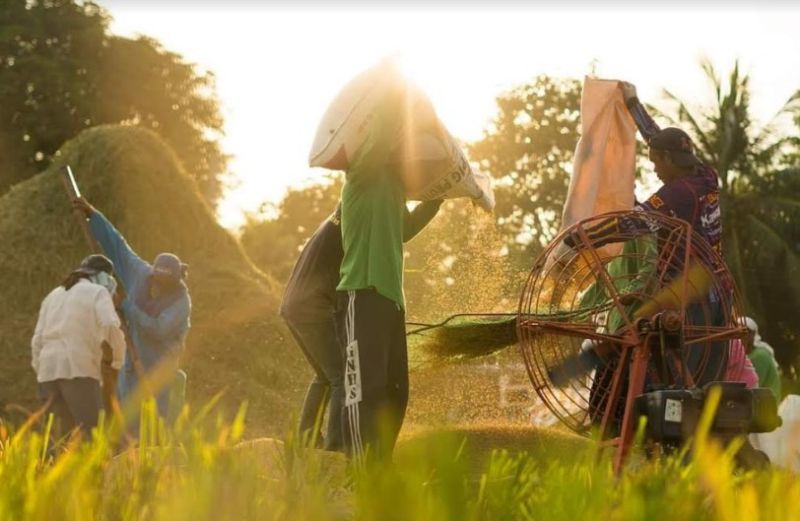 THE Department of Agriculture (DA) in Western Visayas reported that the volume of palay (unhusked rice) produced from the 196,570 hectares of area harvested in the region during the first quarter of 2021 went up by 4.23 percent compared to that of the same period in 2020.

Data from DA-Western Visayas showed that the additional 4,235 hectares of the harvested area led to the increase in the production volume and a growth of 0.7 metric tons (MT) per hectare yield across ecosystems.

During the first three months of the year, Iloilo topped the national chart in unhusked rice production which summed up to 355,040 MT.

Although the area harvested had reduced by 377 hectares, the province gained a 6.46 percent increase in production.

Its production, however, declined by eight percent compared to first quarter of last year.

Only the provinces of Iloilo and Antique posted positive growth in the production and yield performance during the first quarter.

Regional Rice Program Focal Person Elmer Cabusas, in a statement, said the increase in the region's palay production is attributed to the expansion of rice areas particularly in Antique where an additional 8,363 hectares of agricultural areas were devoted to palay.

"The agricultural inputs including quality seeds and fertilizers that were provided to the farmers had influenced the overall palay production performance in the region during the first quarter [of 2021]," he said, adding that another factor was the good climatic condition.

Aside from the regular interventions under the agency's Rice Program, local farmers also availed free seeds and fertilizer under its Rice Competitive Enhancement Program (RCEP) and the Bayanihan's Rice Resiliency Project (RRP) 2 intended to boost rice farming during the dry cropping season.

Cabusas noted that Western Visayas' rice growers obtained 65,805 bags of certified seeds under RCEP, and 55,732 bags of hybrid seeds under the National Rice Program and Bayanihan 1 and 2 funding.

In terms of fertilizer, a total of 162,425 bags were also distributed to the farmers in the region.

It further amplified the production volume in the recent harvesting period, he added.