PHL beach spikers to compete for Continental Cup in Thailand 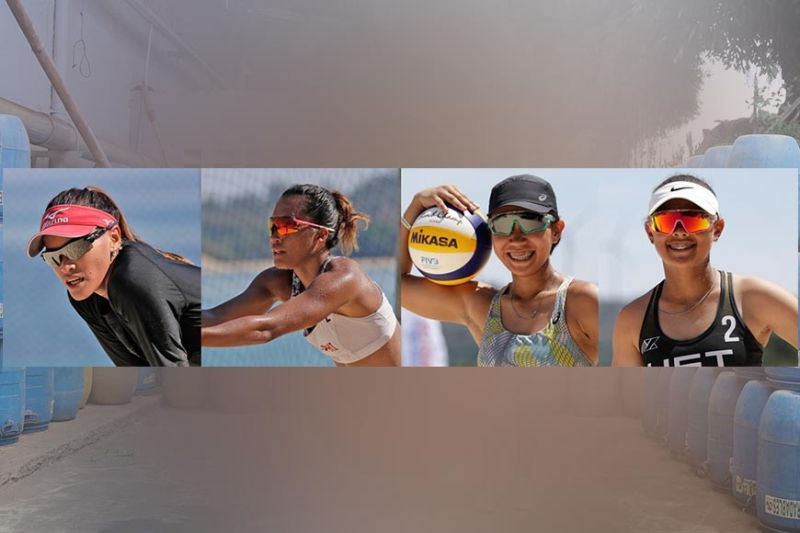 Also joining the team are reserves Mer Jauculan and Gen Eslapor for the women’s side and Ranran Abdilla and Philip Bagalay for the men’s team.

This two-day competition is the second phase of the continental tournament and a Tokyo Olympic qualifying event that offers two slots for the top men and women finishers.

According to the Philippine National Volleyball Federation (PNVF), this is the country's first international competition for a national volleyball team since the 2019 Southeast Asian (SEA) Games and the first for the federation since its establishment in January.

“We are hoping for a strong finish for our men and women beach volleyball teams in this Olympic qualifier,” PNVF President Ramon “Tats” Suzara said.

“Our athletes are adequately prepared for the competition, having set up a training camp in Pagudpud since last month,” he added.

Rondina, a veteran of the 2014 Continental Cup, along with Talisay City-hailed Pons, and Rodriguez clinched a bronze medal in the 2019 SEA Games. However, Dzi Gervacio, who was part of that team won’t be going to Thailand because of a left knee injury.

Meanwhile, the PNVF thanked the Philippine Sports Commission headed by Chairman William Ramirez for the training and participation of the team in the Thai tournament. The federation also lauded Ilocos Norte Governor Matthew Manotoc for supporting the athletes’ training camp at Saud Beach in Pagudpud.

The Philippines will face Japan, New Zealand, and Sri Lanka in the women’s contest with the top two teams advancing to the final phase from June 25 to 27. On the other hand, the men’s squad takes Australia, Japan, Kazakhstan, and Lebanon. The No. 1 men’s team will also advance to the third and final round of the qualifiers.

The teams will be accompanied by national coaches Paul Jan Doloiras for women, and Negrense Rhovyl Verayo for the men, alongside PNVF board member and Beach Volleyball Commission chairperson Charo Soriano.