Sexagenarian dies after being hit by vehicle 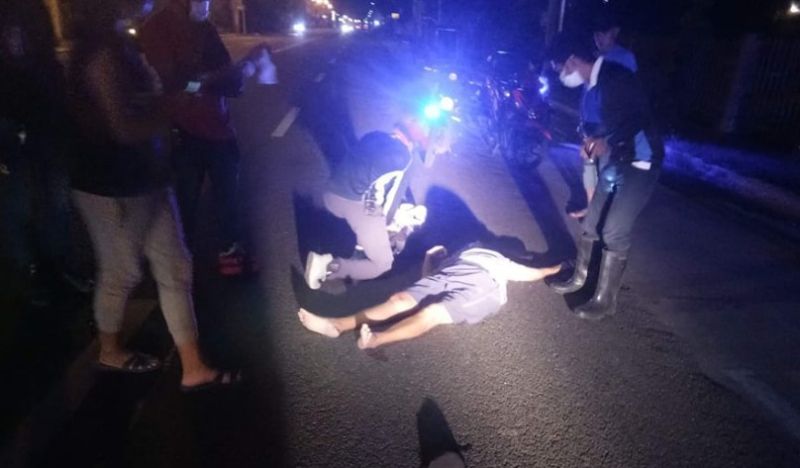 BACOLOD. A sexagenarian dies in a hit-and-run along the highway of Barangay Alijis, Bacolod City over the weekend. (Police Station 7 photo)

A SEXEGENARIAN died after she was hit by a vehicle on Alijis-Murcia Road, Barangay Alijis, Bacolod City over the weekend.

Police Captain Elmer Bonilla, chief of Police station 7, said the victim was crossing Alijis-Murcia Road when she was hit by a white Toyota Sedan vehicle driven by an unidentified man around 4:35 a.m. Saturday, June 12, 2021.

The victim sustained serious injuries and died on the spot, while the driver of the vehicle fled.

Bonilla said they recovered the emblem of the vehicle in the area and are still conducting further investigation to identify the driver of the vehicle.

He said they will coordinate with the Toyota shop to determine the identity of the owner of the vehicle.

The police are hopeful that the driver of the vehicle will voluntarily surrender and help the family of the victim.

Police recovered from Lelis’s possession four sachets of shabu with an estimated market value of P3,500 and the P200 marked money.

The suspect was detained at the custodial facility of Police Station 9. He is facing charges for violation of Republic Act 9165 or the Comprehensive Dangerous Drugs Act of 2002.