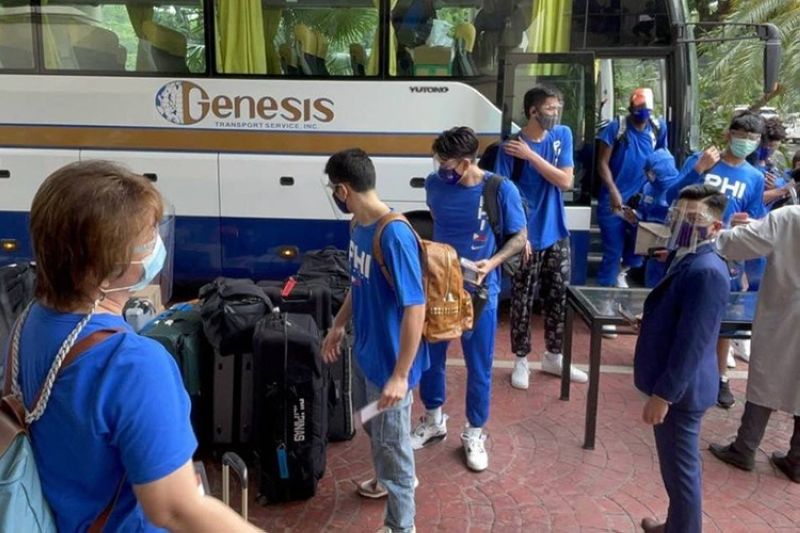 Promising Cebuano forward Carl Tamayo has made it to the pool of players that the Gilas Pilipinas men’s national basketball brought to the Clark bubble to compete in the third window of the FIBA Asia Cup qualifiers on Wednesday, June 16, 2021.

The talented 6-foot-7 forward who hails from Talisay City, though, will not be the only youngster on the team as Ateneo standouts Lebron Lopez, SJ Belangel, and Geo Chiu also made the pool along with Far Eastern University’s RJ Abarrientos.

Leading the team are naturalized player Angelo Kouame, special Gilas draftees Isaac Go, Mike Nieto, Jordan Heading, Will Navarro and Jaydee Tungcab as well as Dwight Ramos, Justine Baltazar and Javi Gomez de Liano. 7-foot-3 big man Kai Sotto is also on the team although it remains unclear whether he’ll be activated for any of the games against Korea and Indonesia.

Tab Baldwin will be calling the shots for Gilas.

Former Cesafi MVP Rey Suerte was set to be the team captain of the team but he did not make the trip because of an ankle injury.

Samahang Basketbol ng Pilipinas (SBP) special assistant to the president Ryan Gregorio is confident that this youth-laden team will do well against Korea and Indonesia.

"We're ready to compete obviously, and the goal has always been an opportunity to win. It really is our specific goal. We've been working out for the past nine weeks, the coaching staff and our players in the Inspire bubble," said Gregorio.

Gregorio, though, managed expectations for this iteration of the Gilas, saying that the ultimate goal is to get ready for the FIBA World Cup in 2023, which the Philippines is co-hosting along with Japan and Indonesia.

"But we have to understand that this is a developmental team, it's a very young team. We're hoping that we can get the necessary experience at a very high level and this is all in preparation for 2023. So whatever progress that we get from today is actually one step towards our goal to competitive in 2023," Gregorio added. (JNP)