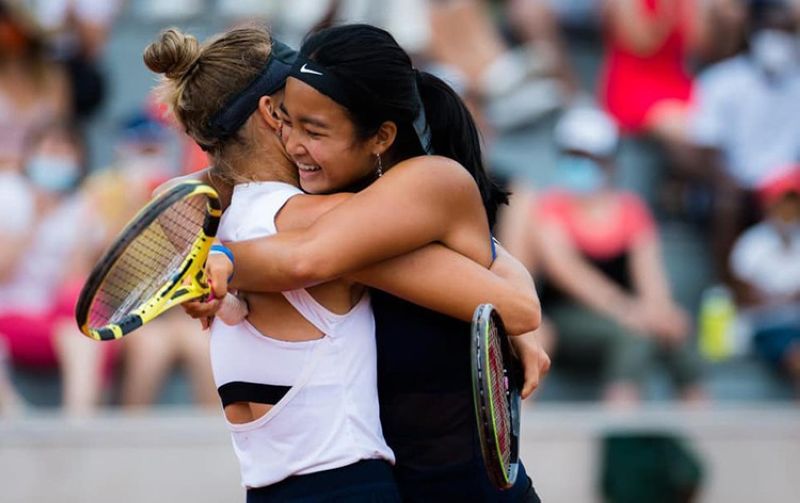 Filipina tennis star Alex Eala paid homage to her Russian partner Oksana Selekhmeteva who she teamed up with to capture the girls’ doubles crown in the 2021 French Open last weekend.

In a post on her Facebook page, the 16-year old said that while their bond may be great on the floor, it may even be better off of it.

Eala had set her sights on the girls’ singles crown after she reached the semifinals of the French Open last time out. However, she was defeated by Matilda Mutavdzic of Great Britain, 6-4, 7-6, 6-1, in a shocking upset. Fortunately, though, she had a chance at redemption in the girls’ doubles event.

“Didn’t go my way in Singles but beyond proud to say that we won the title for Roland Garros Girls Doubles 2021,” added Eala, referring to their 6-0, 7-5 win over Amarissa Toth of Russia and Maria Bondarenko of Hungary in the finals last Saturday.

After the match, Eala also thanked her Filipino supporters, saying that the win was fitting, since it came during the country’s celebration of Independence Day.

“Sa lahat ng mga Pinoy na nanonood, maraming salamat sa pagsuporta,” the 16-year-old said. “It is actually the Independence Day, so I hope I made my contribution to the country.” (JNP)