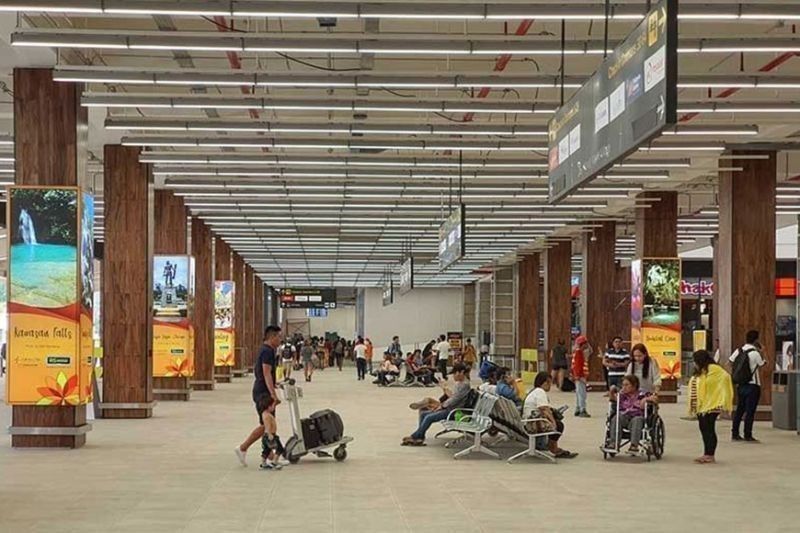 (UPDATED) President Rodrigo Duterte has decided that the international arrival protocols set by the Inter-Agency Task Force (IATF) for the Management of Emerging Infectious Diseases must be enforced in Cebu.

“The President has decided that the IATF protocols must be implemented by the Cebu Province,” Presidential Spokesperson Harry Roque Jr. said Monday, June 14, 2021, quoting the Office of the Executive Secretary.

Still quoting the OES, Roque said the President had considered the Department of Health (DOH) critique of Cebu’s protocols and decided that Cebu Province must abide by the IATF policy.

Asked on what Malacañang will do if Cebu continues to defy the national protocols, Roque said he was “not aware of what the DILG (Department of the Interior and Local Government) will do.”

Malacañang made the announcement about 36 hours after the OES memorandum extending the diversion of flights from MCIA to NAIA expired.

The flights were diverted, originally on May 29 to June 5 and later until 11:59 p.m. of June 12, to ensure that the IATF protocols to guard against coronavirus disease 2019 (Covid-19) transmission are also enforced in Cebu.

Based on IATF Resolution 114, international arrivals must go into facility-based quarantine for 10 days and undergo a reverse transcription polymerase chain reaction (RT-PCR) test for the Covid-19 virus on the seventh day.

Even with a negative test result, travelers must complete 10 days in a quarantine facility and spend the remaining four days under home quarantine.

Dr. Edsel Salvana, director of the Institute of Molecular Biology and Biotechnology at the University of the Philippines - National Institutes of Health and a member of the IATF Technical Advisory Group, said in a Facebook post Monday that the IATF policy is “based on solid science.”

He said “the residual risk of infection after 10 days of quarantine is acceptable, but it is not acceptable with testing on arrival.”

The cases diagnosed on the seventh day testing are 50 percent higher than those diagnosed on arrival, he added.

“If someone is at home when they test positive on the seventh day, they may already have exposed their entire family to the virus,” he said.

The seventh day testing policy was imposed by the IATF as one of the measures aimed at preventing the entry of the Sars-CoV-2 variants, especially the Delta variant or the B.1.617.2 that was first detected in India.

This variant is more contagious than the other variants of concern and has reportedly caused more severe cases due to its immune escape characteristic.

As of May 26, there have been 13 Delta variant cases in the Philippines, all involving overseas Filipino workers (OFWs).

Cebu Province, on the other hand, has been implementing since April 2021 a policy requiring a swab test upon arrival on returning overseas Filipinos (ROFs) and overseas Filipino workers (OFWs).

Those who test negative are released from quarantine after a maximum of three days and allowed to proceed to their local government units (LGU).

This policy was modified recently to include a second swab test on the seventh day for both Cebu residents and transit passengers.

Cebu residents who test negative are also required to undergo facility or home quarantine for the remainder of the 14-day period from arrival in a bid to comply with IATF protocols.

The modification is contained in a memorandum issued by Cebu Governor Gwendolyn Garcia on May 20 and released by Capitol on June 5.

This is also contained in the amended Provincial Ordinance No. 2021-04, which the Cebu Provincial Board approved on June 11.

DOH Undersecretary Maria Rosario Vergeire, however, said earlier that the government sanctioned only the swab test on the seventh day.

This means that the Overseas Workers Welfare Administration, which pays for the testing and quarantine expenses of OFWs, will pay only for the seventh day swab test.

Similarly, the Philippine Health Insurance Corporation, which subsidizes the cost of a swab test conducted on its members and beneficiaries, will honor only the swab test on Day 7.

The Cebu Provincial Government said its arrival policy, which it described as humanitarian as it cuts down on quarantine expenses, is anchored on the Local Government Code which grants local autonomy. Section 105 of the Code also provides that the national government may exercise direct supervision and control on LGUs during epidemics only for six months. An extension needs the LGU's concurrence.

Duterte declared a state of public health emergency throughout the Philippines through Proclamation 922 on March 8, 2020, enjoining all LGUs to "render full assistance and cooperation and mobilize the necessary resources to undertake critical, urgent and appropriate response and measures in a timely manner to curtail and eliminate the Covid-19 threat."

This proclamation remains in force until the President lifts it. (Marites Villamor-Ilano / SunStar Philippines)