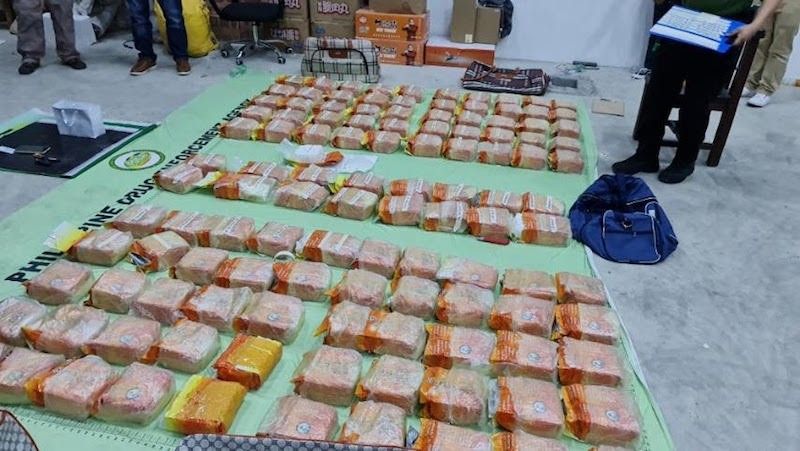 MANILA. PDEA operatives seize packs of shabu during a drug bust in Parañaque on June 13, 2021. (Contributed) 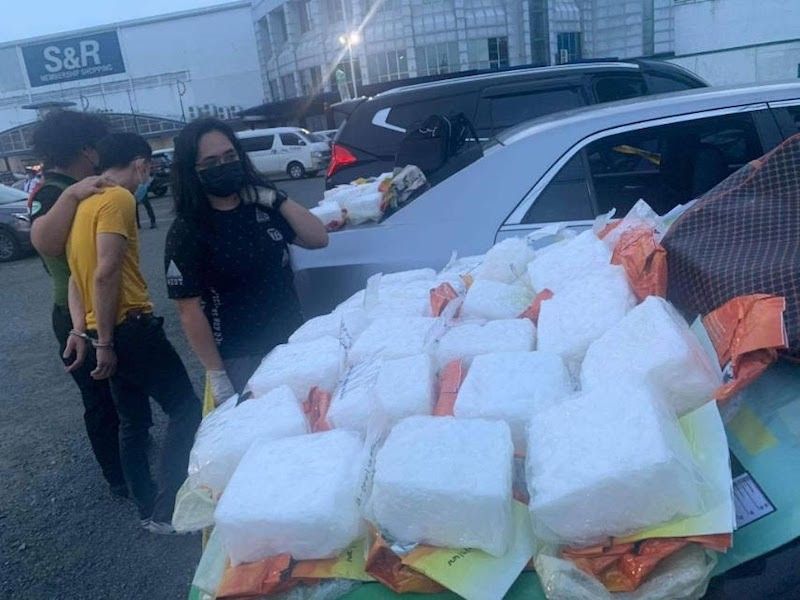 SEPARATE drug busts on Sunday afternoon, June 13, 2021, led to the arrest of two suspects and the seizure of over P1 billion worth of methamphetamine hydrochloride (shabu), the Philippine Drug Enforcement Agency (PDEA) said.

He identified them as Zhizun Chen, 38 and Man Kuok Wong, 38. They will be charged with violation of the Comprehensive Dangerous Drugs Act of 2002 will be filed against them.

Chen was arrested in a buy-bust operation at the parking lot of a mall in Barangay Baclaran, Parañaque City at around 3:30 p.m. Sunday.

Seized from him were around 38 kilograms of shabu with an estimated street value of P257 million.

Wong was arrested in another drug sting in Villa Nicacia in Imus, Cavite at around 4 p.m., also on Sunday.

Recovered from him were around 117 kilograms of shabu valued at P795.6 million.

The operation was led by PDEA units with the assistance of the police.