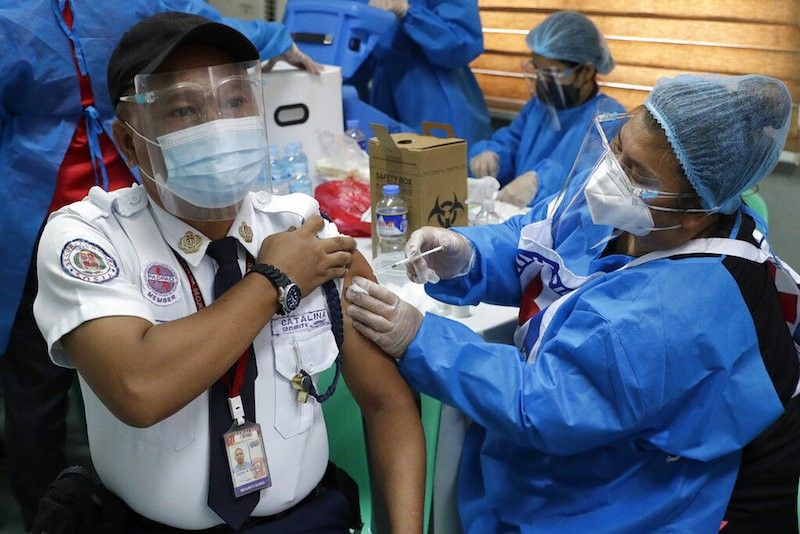 LOCAL government units (LGUs) may start inoculating the indigent population with the Covid-19 vaccines that were donated through Covax.

However, this would depend on the supply that the LGU received and how the LGU can make sure that those who have not been inoculated from the first four priority groups are still accommodated, Department of Health (DOH) Undersecretary Maria Rosario Vergeire said in a press conference Monday, June 14, 2021.

“Ito naman po ay allowed na, but it would depend on the supply. If local governments nakikita nila na kaya na base sa kanilang allocations, they can do it naman. The guidelines are there, the pronouncement (by WHO) is there. Wala pong tayong iva-violate,” Vergeire said.

The first four priority groups for vaccination against coronavirus disease 2019 (Covid-19) are A1 (health workers, mayors, governors), A2 (senior citizens), A3 (persons with comorbidities) and A4 (workers). The poor belong to A5.

Vergeire said the World Health Organization (WHO), which is one of the convenors of Covax, has allowed the vaccination of the poor against Covid-19.

The DOH has also issued the guidelines for the vaccination of A5.

As of June 11, the Philippines has taken delivery of more than 12.7 million doses of Covid-19 vaccines.

Of these, 2.556 million doses are from AstraZeneca while 2.472 million are from Pfizer. These vaccines were donated through Covax.

The Pfizer vaccines, however, are deployed only in urban centers with the capability of storing these at -80 to -70 degrees Celsius.

Secretary Vince Dizon, deputy chief implementer of the National Task Force (NTF) Against Covid-19, confirmed that the WHO has specified that the Covax vaccines should be given to A1, A2, A3 and the indigent population.

“They (LGUs) can start (with the A5), but we cannot overemphasize the prioritization for healthcare workers, senior citizens and those with comorbidities for the Pfizer vaccines,” Dizon said.

First dose vaccinations have exceeded 4.63 million. With 1.68 million having received also their second dose, around 2.95 million have yet to be fully vaccinated.

A total of 6,314,548 doses have been administered as of June 8, the National Vaccine Operations Center earlier reported.

In the past week to June 14, Vergeire said 127,614 workers belonging to priority group A4 have received their first dose.

Group A4 includes government employees including the police and military as well as private sector workers, informal sector workers and self-employed individuals who have to be physically present in their workplaces.

Aside from the inadequate vaccine supply, the challenge in A4 vaccination is the enforcement of minimum health protocols at the vaccination sites. Since the government kicked off vaccination of A4 individuals, thousands have trooped to some vaccination sites in the hope of getting inoculated.

“We have seen crowding for these past days. Nakita natin yung kasabikan ng ating mga kababayan na sila ay mabakunahan (We saw that our countrymen are excited to receive the vaccine,” Vergeire said.

She hoped that local government units (LGUs) would be able to carry out vaccinations in a more organized manner by sticking to the master lists based on the prioritization framework and implementing a scheduling system. (Marites Villamor-Ilano / SunStar Philippines)