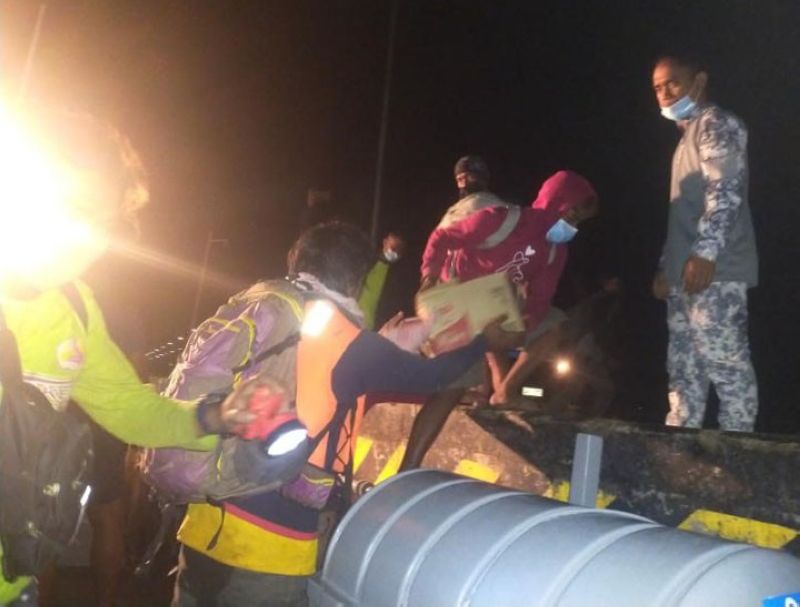 Adaci said investigation showed that the engine of M/L Sea Glory conked out since the vessel's hull was filled with seawater as the seacraft was battered by big waves while cruising northeast off Bitinan Island coming from Zamboanga City bound to South Ubian, Tawi-Tawi.

Adaci said the rescued individuals were taken to 4th Marine Brigade (MBde) headquarters in Luuk, Sulu, and they were given medical attention and hot meals.

He said Assiong informed them that five other passengers were rescued by a fishing boat after they jumped overboard before the arrival of the Multi-Purpose Attack Craft (MPAC) the Naval Task Force (NTG)-Sulu has dispatched upon receipt of the distress message.

He said coordination has been made to locate the whereabouts of the five passengers.

Colonel Hernani Songano, NTG-Sulu and 4MBde commander, said the rescued individuals were temporarily sheltered at the staff house of Luuk municipal government while coordination is being done for their safe return to South Ubian, Tawi-Tawi. (SunStar Zamboanga)