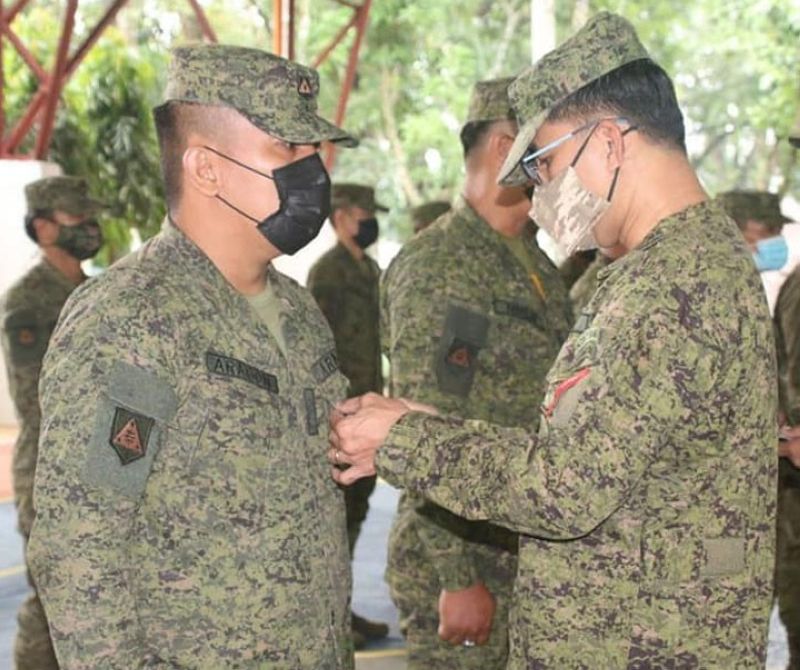 Lieutenant Colonel Jo-ar Herrera, commander of the 53IB, led the awarding of medal to the "Matapat" troops during flag raising ceremony Saturday, June 12, held in commemoration of the country's 123rd Independence Day.

Herrera did not release the names of the MMM awardees but said they include two officers and 13 enlisted personnel of the "Matapat" battalion.

Herrera said the MMM award is in recognition for their contributions to Development Support and Security Operations (DSSO) of the Western Mindanao Command (Wesmincom) in particular and the Armed Forces of the Philippines (AFP) in general.

Staff Sergeant Dexter Fadrilan, one of the recipients of the award, said this was the first time -- in his 17 years of service -- that a ceremony was held to accord him such an award.

"This award is a symbol of thanks for your sacrifices and service to this Battalion and the people we serve. Note that the higher headquarters do not let your meritorious efforts go unnoticed," Herrera told the awardees.

He said the awarding ceremony is part of the 53IB's drive to pursue transformation to become a world class Army that is a source of national pride by 2028 in line with the Army Transformation Roadmap. (SunStar Zamboanga)