Baldwin has eye on future with young Gilas squad 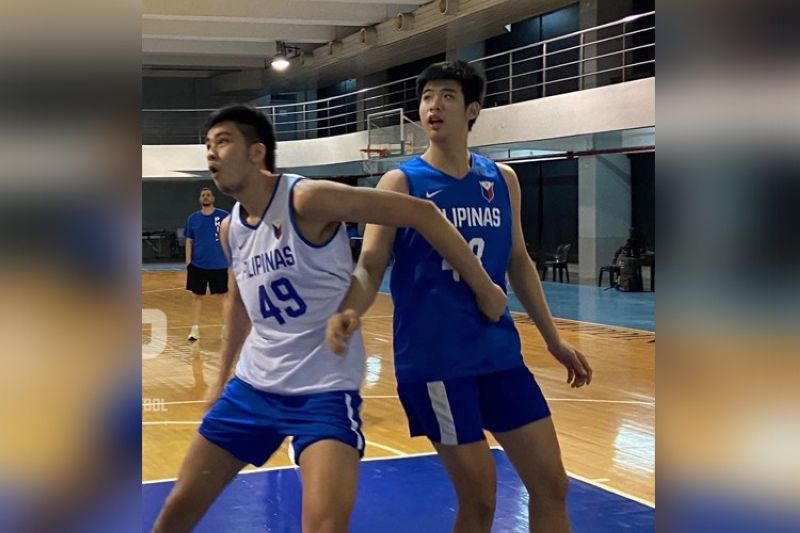 Gilas Pilipinas head coach Tab Baldwin says the future of the men’s basketball program—which involves young big men Kai Sotto and Geo Chiu (in image)—matters as much as the results of the games of the FIBA Asia Cup qualifiers this week. (SBP)

Gilas Pilipinas men’s basketball team coach Tab Baldwin emphasized that as important as the results of this week’s games in the final window of the FIBA Asia Cup qualifiers are, the future of the team matters as well.

With the Gilas set to take on Korea on Wednesday at 6 p.m., Baldwin encouraged the basketball-crazy Filipinos to not just take a look at the final score but more of the overall development of the team and the young players that are playing for the country.

“I would like for our fans, I would like for the basketball public, and really everybody, to understand that there are many kinds of results these days that we are after,” said Baldwin during an appearance on the show entitled “The Game.”

“Obviously, everybody’s looking for the final score of the games we’ve played, and they somehow want to draw a conclusion from that reflects what’s going on the day-to-day work,” Baldwin added as the Gilas try to get a win to secure their ticket to the main tournament of the FIBA Asia Cup this August in Jakarta.

With the Samahang Basketbol ng Pilipinas sending the youngest Gilas team ever assembled, which includes youngsters Carl Tamayo, Lebron Lopez and Kai Sotto, Baldwin said the overall development of the team with regards to the 2023 FIBA World Cup matters a whole lot.

“Some of these things you can’t quantify; some of these things, you have to trust the powers that be, and that would be our coaching staff and our program directors,” Baldwin relayed. “Not just me, but you know, also people like Coach Ryan Gregorio and Boss Al Panlilio. We’re all invested in all kinds of results, and we do understand that the fans want to enjoy winning on the court. We absolutely understand that. We do, too, and there’s nothing better than a victorious locker room.

“But it doesn’t always come and for this program, in particular, we are not putting all our emphasis on that at this point. But certainly by 2023, we want to see a team and field a team in the World Cup in the Philippines that is capable of winning games, capable of getting out of the first round, and is capable of walking out the court with the major powers like Serbia or like the United States and our players feeling like they belong there. They really feel like they’re competitive as a team. That is an important result.” (JNP)