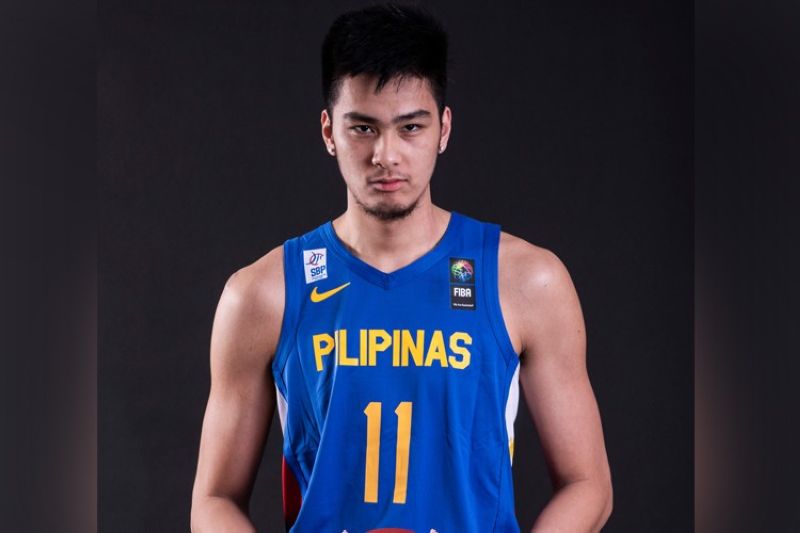 In spite missing most of the Gilas’ training camp, Kai Sotto says he’s ready to take on the challenge of playing in the FIBA Asia Cup qualifiers this week. (FIBA)

Filipino big man Kai Sotto is ready to see action in the FIBA Asia Cup qualifiers in Clark, Pampanga this week, despite missing all of the Gilas’ training camp.

The Gilas Pilipinas is set to take on Korea on Wednesday with tip off set at 6 p.m. After serving his quarantine period after arriving from the United States a couple of weeks ago, the 7-foot-4 Sotto has joined the Gilas inside the Clark bubble and has already joined the team in its practices.

Sotto professed that he already has a firm understanding of the system that head coach Tab Baldwin is running.

"For me, I didn't really find anything hard to learn. I think that's one of my strengths: I'm a fast learner and I'm very fast to adjust," Sotto said in an interview conducted by the Samahang Basketbol ng Pilipinas.

"It took me just a couple of days to learn all of coach Tab's systems, plays, and defensive schemes. It's been easier because coach Sandy (Arespacochaga) is by my side in the process, helping me and telling me what I should or should not do. For now, it's been really good," Sotto added.

Familiarity with the other players will also not be an issue as Sotto has already played with the likes of SJ Belangel and fellow big man Geo Chiu, who he won a UAAP juniors title with during their time together at Ateneo. He has also teamed up with Cebuano big man Carl Tamayo on the Batang Gilas squad.

"Most of them, nakasama ko na before. To see everybody ngayon na maglalaro na sa men's national team is really a good feeling para sa akin," said Sotto. “The guys in this team are very fun guys to be with on and off the court. So for me, very easy to adjust na makasama sila."

Sotto also shared the excitement he feels to finally share the court with naturalized player Ange Kouame as they try to bring size which the Gilas previously never had.

"It's been really good. It's exciting just to imagine na I can share the court with him," said Sotto. (JNP)