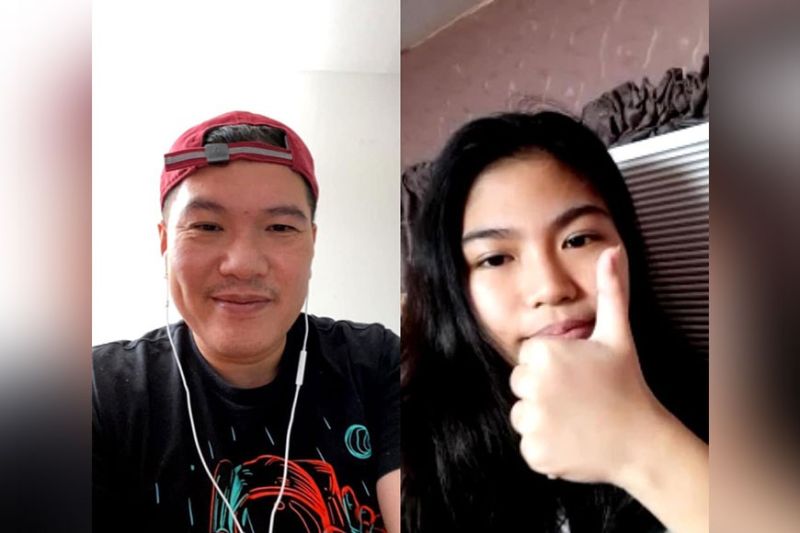 IT'S IN THE BLOOD. US national master Vincent Umayan (left) of Davao City recently placed second in the 2021 Chicago Open Blitz Chess Championship while her daughter, Samantha, has also been reaping youth chess honors in national competitions. (Photo from Vincent Umayan’s Facebook page)

His runner-up finish in the Chicago Open has somehow given him a boost following a long break from on the board (OTB) action.

"I was excited `coz more than a year without OTB chess. It’s a great experience! I’m proud to represent ang Pinas ug Davao (the Philippines and Davao)," he told this writer in a Facebook chat interview.

With the strong field of players whom he competed against in the Chicago, he expects a tougher competition in the World Open.

He tallied 7.5 points to come second to FM Avdin Turgut of Illinois who registered nine points in the blitz event of the Chicago Open that drew a total of 37 participants.

Umayan, who eked out seven wins, drew once, and lost two matches, recalled, "Mga kusog ako mga nakalaban but the strongest was IM Eric Rosen sa 3rd round with 1 win, 1 loss score (I was pitted against strong players but the strongest was international master Eric Rosen whom I faced in the third round and I scored one win and one loss against him)." Famous chess blogger Rosen, also of Illinois, landed fourth with seven points.

The Dabawenyo veteran chesser explained that they each played five rounds but they had to collide with their rivals twice in every round. He shutout Illinois woodpusher Caleb Sean Denby in their fifth round encounter, 2-0.

Umayan's daughter Samantha has also been making waves in the country. She recently emerged girls under-15 champion of the recently-concluded online National Youth & Schools Chess Championship.

Vincent usually helps his daughter in solving chess puzzles online as their way of bonding across the miles.