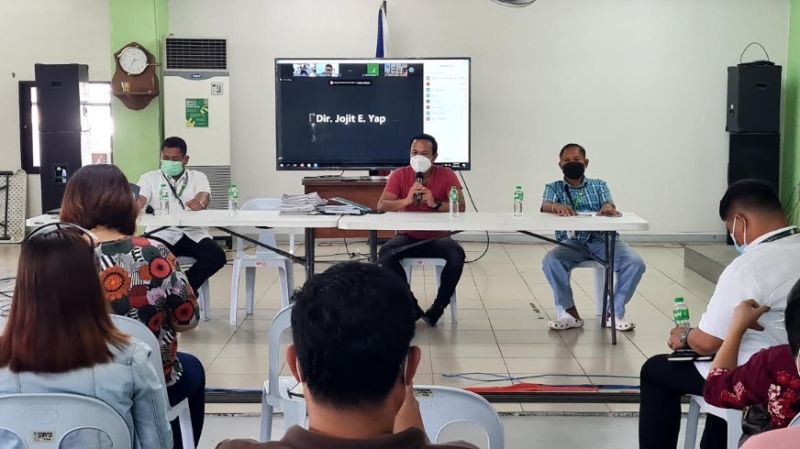 THE Central Negros Electric Cooperative (Ceneco) may negotiate with Kepco Salcon Power Corp. (KSPC) to shorten its 20-megawatt (MW) extended power sales contract, from one year to six months, so it can shift to renewable energy (RE) source, its official said.

Ceneco acting general manager lawyer Dan Pondevilla, in a press conference at the cooperative's Annex Building in Bacolod City Tuesday, June 15, said the board has already sought the guidance of the Department of Energy (DOE) if it has the power to evaluate the bids of generation utilities participating in the competitive selection process (CSP).

Pondevilla was referring to the P3.29 per kilowatt-hour (kWh) offer of KSPC, which turned out to be the lowest calculated bid, compared to the P3.31 per kWh bid of geothermal power producer Energy Development Corp. (EDC).

"If the DOE says the board has the power to evaluate and choose directly between the offer of KSPC and EDC, we will try to negotiate to shorten the extended contract possibly for six months and opt for the latter's bid," he said, adding that "if not, we will consume the one year and enter a new contract in 2022 with RE power source good for 10 years."

On May 26, Pondevilla confirmed that the power distribution utility accepted the earlier offer of KSPC for a one-year extension of their power contract ending May 2021.

Raising concerns on alleged overpricing, consumer group Power Watch Negros had questioned the cost of over P5 per kWh contracted by Ceneco with KSPC.

For them, it would translate to an additional cost of about P360 million which will be shouldered by the member-consumers for one year.

Pondevilla reiterated Tuesday, June 15, that there was never an overpricing in the extended contract as all the rates are approved by the Energy Regulatory Commission (ERC).

"It was the same rate, the Board has not increased or made any adjustment on it," he said.

But what Pondevilla is more concerned about now is for the Board to be allowed to evaluate the bids so the cooperative can contract power supply from RE sources.

He pointed out the P0.02 price difference in the offer of KSPC and EDC cannot outweigh the impact on the environment when choosing RE over conventional power sources like coal.

"It should be lowest and responsive bid, not just lowest," the acting general manager said, stressing that choosing the P3.31 per kWh offer of the EDC is actually responsive to the call on making Negros as RE capital of the country and in compliance to the cooperative's Renewable Portfolio Standards (RPS).

Moreover, it was the first time for a power cooperative in Negros Occidental to implement CSP. Previously, power supply agreements were made through negotiated contracts.

So, the Ceneco official recognized that it would take about two years to complete the whole process like what happened to its latest power sales contract with KSPC.

Pondevilla said that since the extension is for one year only and considering the previous reply of the DOE that the authority of the Board now is just limited to approving and rejecting contracts, the cooperative has a year to conduct a new CSP.

"We have started this already so we just need to make some changes in the terms of references. We will try to complete it within a year for an RE power source," he said.

Other existing power sales contracts of Ceneco included the 20 MW from Green Core Geothermal Inc. in Negros Oriental until 2025, and 35 MW from Palm Concepcion Power Corp. in Iloilo also expiring in 2025.

"As long as we have our program to shift towards RE, we will push for sourcing out from our own, particularly from RE sources, every time we will enter a new contract upon its expiration," the official added.