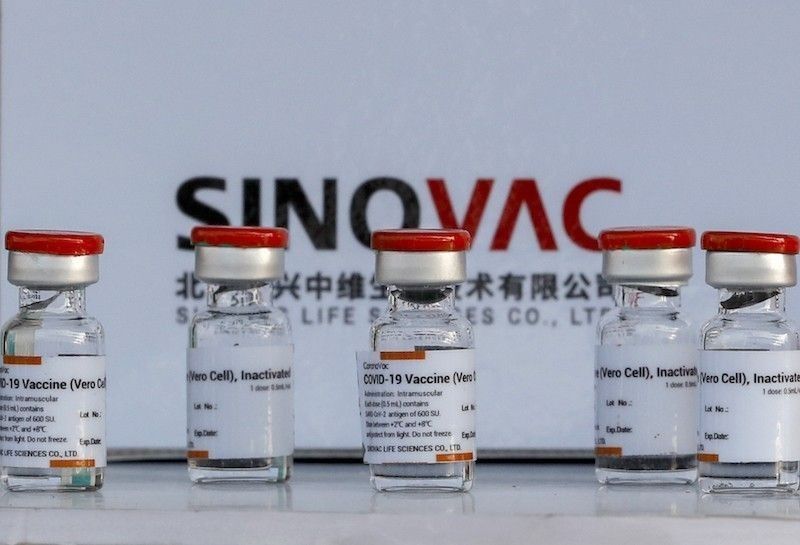 THE Department of Health Central Visayas (DOH 7) has announced the arrival of 54,400 doses of Sinovac’s CoronaVac vaccine in the region on Tuesday, June 15, 2021.

The new delivery is intended for the second dose of those in the vaccine priority groups.

Dr. Mary Jean Loreche, DOH 7 spokesperson, said the fresh allocation will be given to those under the A1 to A4 priority groups (health workers, senior citizens, persons with comorbidities, and essential workers) who already received their first dose of the Covid-19 vaccine produced by Sinovac Biotech.

For the A2 priority group, only 15.5 percent or 84,932 of senior citizens received their first dose while 21,526 had been fully vaccinated out of 549,444 senior citizens master listed in the region.

For the A3 priority group, out of 148,484 individuals in the masterlist of persons with comorbidities, 73,776 (49.7 percent) had received their first dose while 11,908 had been fully vaccinated.

Meanwhile, Mandaue City Mayor Jonas Cortes announced that they expect to receive 21,060 doses of Pfizer’s Covid-19 vaccine but they don’t know when the vaccine allocation will come.

Mandaue City halted its vaccination rollout on June 15 after running out of vaccine supplies.

Mandaue City Vaccine board head Ernie Manatad told SunStar Cebu, however, that they expect to receive 1,170 doses of Pfizer on July 15.

Because the Pfizer vaccines are donations from the Covax facility, they will only be used to vaccinate priority groups A1, A2, A3 and A5 (the indigent sector), according to DOH guidelines.

The A4 priority group will not be included in the Pfizer allocation.

A report from the Mandaue City vaccination operations center showed 25,574 individuals under the A1 to A5 priority groups had been given their first dose, while 4,708 individuals had been fully vaccinated as of June 10.

Compared to the previous months of the vaccination rollout, Manatad said Mandaue City residents are now more willing to get their shots, which is why they could reach up to 3,000 vaccinated individuals per day.

In Lapu-Lapu City, Mayor Junard “Ahong” Chan in a press conference, said a total of 22,264 individuals had been inoculated since the start of the vaccination rollout.

Of these, 17,247 individuals received their first dose while 5,017 received full vaccination.

The Lapu-Lapu City Government has master listed a total of 90,789 residents for vaccination.

Chan said they will use the City’s Sinovac allocation on Wednesday, June 16 for vaccinations at the Sta. Rosa Community Hospital in Olango Island.

Chan will also receive his second dose of the Sinovac vaccine at that site.

As for its Pfizer allocation, Chan said they will start to administer the vaccine on Friday, June 18, at the Hoops Dome.

The Mactan Electric Company assured there will be no brownout during the inoculation process.