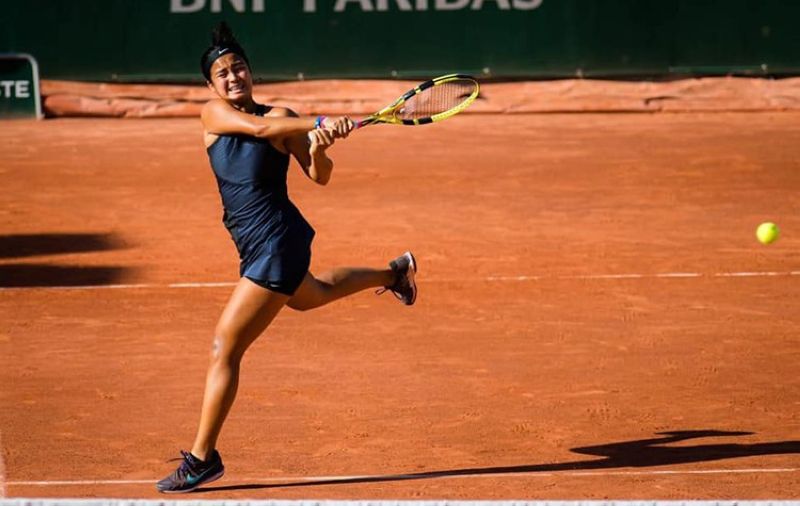 Filipina tennis star Alex Eala is back in action as she advanced to the second round of the doubles competition of the W25 Madrid. (Alex Eala Facebook page)

Filipina tennis superstar Alex Eala is back in action, pairing up with fellow top ranked junior player Victoria Jimenez Kasintseva of Andorra to beat the tandem of Robin Anderson of the United States and Isabella Shinikova of Bulgaria, 6-3, 7-6, and advance to the quarterfinals of the W25 Madrid at the Ciudad de la Raqueta in Spain.

Fresh off winning the juniors doubles title at the 2021 French Open, the 16-year old kept it going, this time pairing up with the 15-year old Jimenez Kasintseva, who is the top-ranked juniors player in the world, to beat the Anderson-Shinikova duo who are ranked no. 221 and 216, respectively, in the Women’s Tennis Association (WTA) singles rankings.

Tied at 3-3 in the first set, the Eala-Jimenez Kasintseva pair broke their opponent’s serve twice and held their own to win the first set, 6-3. The second set, though, was played more fiercely as the two teams fought to a tie, 6-6, to send the set to a tiebreaker. There, the Filipina-Andorran pulled off two mini-breaks late to win the tiebreaker, 7-3, the set 7-6, and complete the straight sets win.

Waiting for Eala and Jimenez Kasintseva in the next round is the duo of American Ashley Lahey and Australian Olivia Tjandramulia.

Eala is also seeing action in the singles competition and is set to take on Spanish netter Andrea Lazaro Garcia in the first round. (JNP)