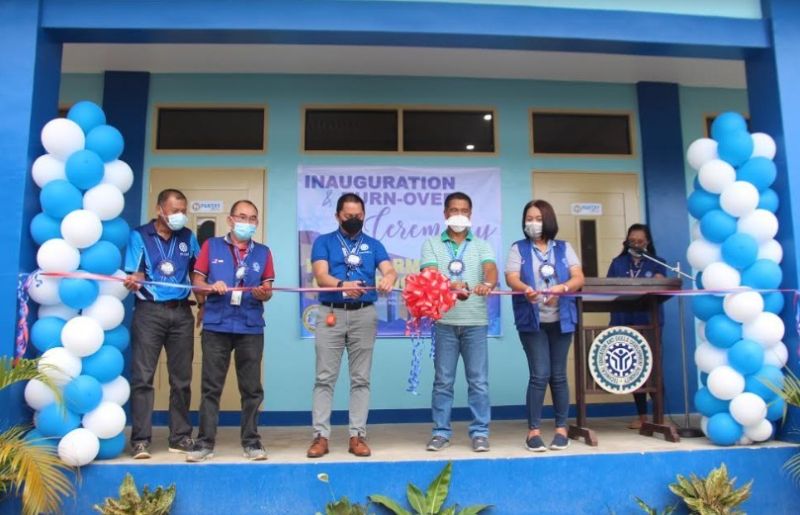 THE Provincial Government of Negros Occidental has turned over the management of its dormitory and classroom building in Cadiz City to the Technical Education and Skills Development Authority (Tesda).

The P6 million worth of building to be used by Tesda as a training facility is located within the agency’s Provincial Training Center at Barangay Cabahug in the northern Negros Occidental city.

Tizon thanked the provincial government for supporting Tesda by establishing the building for trainees. Its support will help uplift and protect the welfare of the scholars.

“This project is a dream come true for the scholars and implementers of the training program because the center can now accommodate trainees who are residing in far-flung areas,” he said.

This supports the agency’s tagline “Tesda Abot Lahat” in transforming and uplifting the lives of the poor and underserved communities, the official added.

Mapa said one of the priorities of Governor Eugenio Jose Lacson is to uplift the education program of the province that is why he strongly supported the plan of the late governor Alfredo Marañon Jr. to upgrade the facilities at the Provincial Training Center.

Lacson hoped that the building would be used according to its purpose, Mapa added.

For her part, Nuezca lauded the province for being “very supportive” to the agency in providing quality-assured and inclusive technical education and skills to Negrenses.

Provincial Training Center-Cadiz acting administrator Erwin Ballesteros said one of the identified major concerns of the applicants before, specifically clients from distant towns, is the non-availability of boarding houses or possible temporary shelter nearby the institution.

“This project of the province is a big help to address the challenge that the center has encountered in the previous years,” he said.

The dormitory alone, which was completed last May 8, is expected to accommodate 32 trainees.