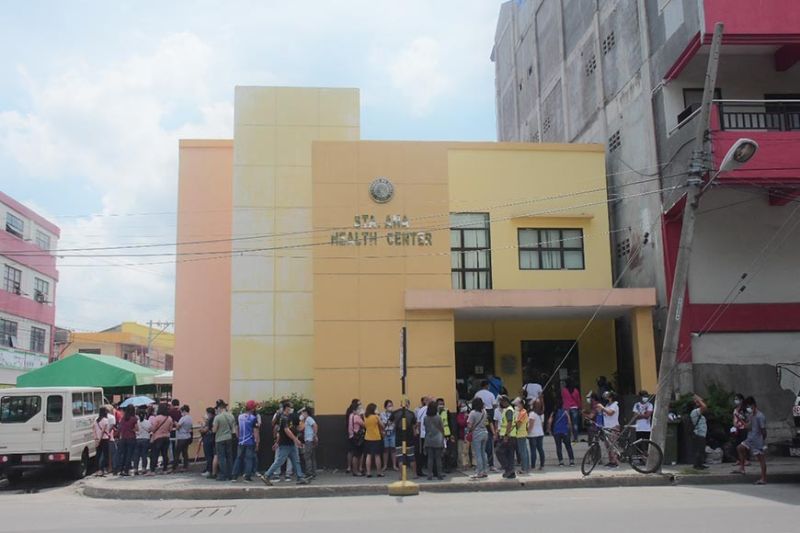 THE Sta. Ana Health Center, one of Davao City's main swabbing centers, was temporarily closed after eight of its staff tested positive for coronavirus.

City Health Office (CHO) Acting Head Dr. Ashley Lopez bared on Wednesday, June 16, that among those who tested positive were the swabbers and the center's staff after a routine test.

"It so happened that after the test that was conducted yesterday [June 15] for Sta. Ana Swab Center, walo ang nag-positive sa atong staff (eight of our staff tested positive)," Lopez said in an interview on 87.5 FM Davao City Disaster Radio.

He said the city was forced to close Sta. Ana for a week to make way for disinfection and screen other staff who had closed contact, making them first-generation contacts (F1) and will undergo quarantine.

"Di nato ibutang sa risgo ang atong staff ug swabbers. (We will not put our staff and swabbers at risk.) Imagine if they are going to be positive, tapos mu-swab sila og laing tao, tanang gi-swab ana ma-positive (and they will swab other people, expect all those they swabbed will turn out positive)," Lopez said.

The Sta. Ana Health Center has been the major swabbing hub in the city since the Covid-19 pandemic hit the city.

However, due to the rising number of individuals tested, brought about the city's intensified surveillance testing, the city opened two more swabbing areas in the city: the Davao Crocodile Park, a drive-thru swabbing area that accommodates individuals under surveillance testing, second-generation and third generation contacts (F2 and F3) without influenza-like illness (ILIs), and the Magsaysay Park (in front of Sta. Ana Center), still catering to F2 and F3 contacts, and those traced by the Safe Davao QR (DQR) system.

Sta. Ana swabbing center will only cater to F1 and those with ILI.

For now, those who will be required to be swabbed will be redirected to Crocodile Park and Magsaysay.

Meanwhile, the city government has continued to augment its swabbers.

Aside from those hired by the city, Lopez said the United States Agency for International Development (USAid) deployed two additional swabbing teams to assist in the Covid-19 swabbing activities in the city.

He added that USAid will also augment mobile swabbing units and transport units, which will be deployed in the city’s major swabbing sites.

Since the city implemented the heightened surveillance swabbing, CHO has been testing more than 1,000 specimens per day.

Schlosser said the city has registered a high positivity rate as a result of their intensified case finding of individuals with influenza-like illnesses and through surveillance swabbing.