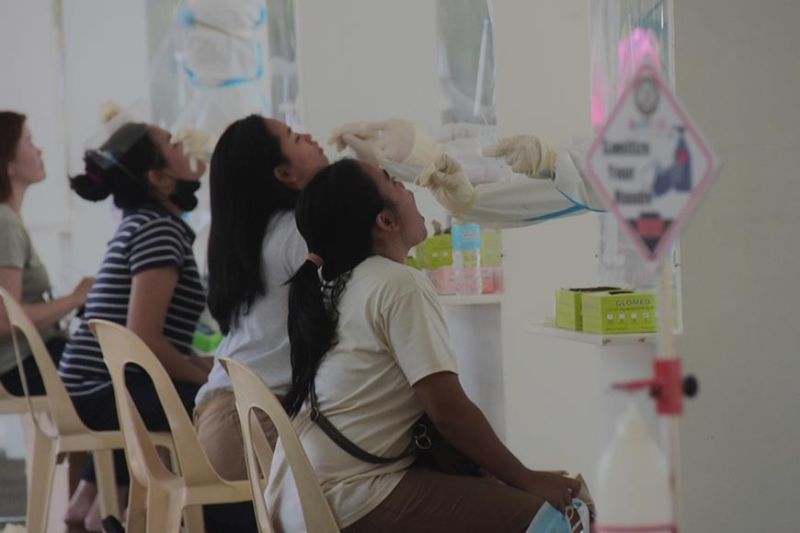 THE Davao City government's intensified Covid-19 case finding has spiked the positivity rate in the city to 7.57 percent.

Davao City Covid-19 Task Force Spokesperson Dr. Michelle Schlosser said the city has registered a high positivity rate as a result of their intensified case finding of individuals with influenza-like illnesses (ILI) and through surveillance swabbing.

The official said the positivity rate is considered high since it exceeded the five-percent positivity rate threshold set by the World Health Organization (WHO) on the transmission rate of Covid-19 in an area.

Schlosser, however, emphasized that the high positivity rate also indicates that the city government is maximizing its testing capacity, thus, detecting more cases and immediately isolating individuals to prevent transmission.

“We are screening and testing more compared to the other LGUs. We are actually maximizing our testing capacity. Marami tayong nade-detect na (We detect a lot of) positive cases because we are also screening more and testing more,” Schlosser said.

Schlosser added that the high number of cases in Davao City does not mean that the government is failing in its fight against Covid-19.

“We do isolate more, we treat more patients and we are assured that we are preventing the surging of the cases in the future because we are trying to cut the chain of infection,” she said.

“When we say outside transmission, a lot of our cases are coming from establishments — these are business hubs, offices, malls, and all other industries,” she said.

The official, meanwhile, reiterated the public's continuous compliance with the minimum health protocols to curb the spread of the virus.

President Rodrigo Duterte, on Monday evening, June 14, announced the extension of the modified enhanced community quarantine (MECQ) status in Davao City until the end of the month.

The city, which has been in MECQ since June 5, is currently experiencing a surge in cases, prompting the local government to request the Inter-Agency Task Force on Emerging Infectious Diseases to elevate its quarantine status to address the full occupancy of hospital beds and treatment facilities.