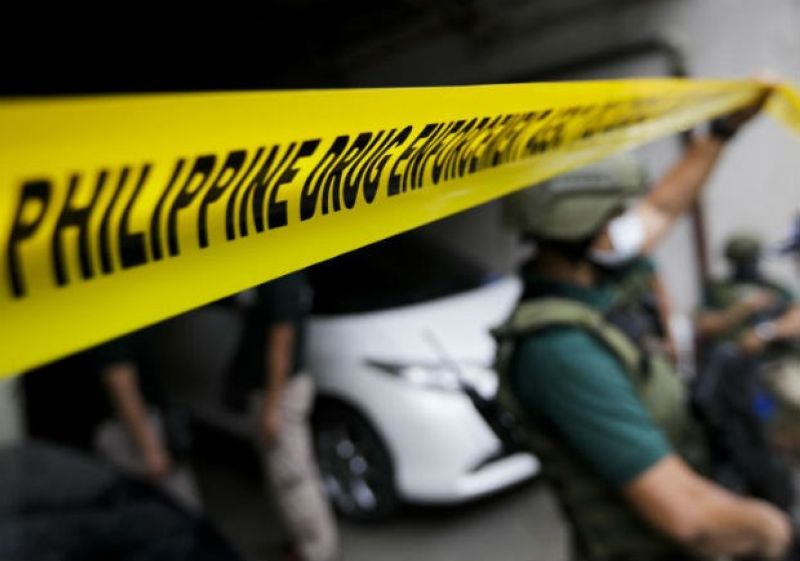 “Well, we’ll wait, no, kung ano ‘yung actions ng (We will wait for the actions of the) national government. And kung may kailangan sila sa (if they need the cooperation of the) City Government of Davao, we will ask permission from the national,” Duterte-Carpio said in an exclusive interview with GMA's 24 Oras aired on Tuesday evening, June 15.

Duterte-Carpio's statement came after outgoing ICC prosecutor Fatou Bensouda announced Monday, June 14, 2021, that she has found basis to believe that crime against humanity of murder has been committed in the Philippines following the government’s anti-illegal drugs campaign.

In a statement, Bensouda said the information that they gathered during their preliminary examination indicated that “members of the Philippine National Police, and others acting in concert with them, have unlawfully killed between several thousand and tens of thousands of civilians” from July 1, 2016 to March 16, 2019 under the government’s war on drugs.

In a document released Monday, June 14, Bensouda said the ICC Office of the Prosecutor has applied for authorization with the pre-trial chamber (PTC) to open an investigation into the alleged killings in Davao City from 2011 to 2016.

The ICC prosecutor told the PTC that "the same types of actors also allegedly committed strikingly similar crimes in the city and region of Davao, starting in 1988 and continuing through 2016."

"The same types of actors also allegedly committed strikingly similar crimes in the city and region of Davao (“Davao”), starting in 1988 and continuing through 2016. Given the similarities between those killings and the nationwide WoD [war on drugs] killings from July 2016 to March 2019, and the overlap of individuals involved during both periods, the Prosecution requests that the 2011-2016 events in Davao be included within the requested investigation," Bensouda said.

The presidential daughter has not released any other statement in response to the ICC's report.

However, President Rodrigo Duterte has repeatedly said he would not cooperate with any investigation by the ICC, according to Presidential Spokesperson Harry Roque Jr. on Tuesday, June 15.

Roque, a former human rights lawyer and the only Filipino in the ICC's list of counsel, said he was confident that the ICC PTC will reject the request of Bensouda and the case against the Philippines would not progress to the investigation phase.

He reiterated that the administration of President Rodrigo Duterte will not cooperate in an ICC investigation as the Philippines has withdrawn from the ICC.

Roque said Bensouda's move to conduct an investigation is legally erroneous because the ICC does not have jurisdiction over the Philippines. Roque cited the principle of complementarity, which states that the ICC will only exercise jurisdiction if a State Party is unable or unwilling to prosecute.

“Meron po tayong (We have an) independent, impartial at competent na hukuman (judicial system). Meron po tayong mga piskalya na naglilitis ng patayan dahil nga po dito sa (We have a fiscal that litigates the killings since we are at a) drug war,” Roque said during a joint press conference with the Philippine National Police at Camp Crame.

The Philippines’ withdrawal as a State Party to the Rome Statute took effect in March 2019, a year after Bensouda launched a preliminary examination of the Philippine situation.

However, government records show that 6,117 alleged drug personalities were killed from July 2016, when Duterte took office and the drug war started, until April 30.

Human rights groups claimed these drug suspects were summarily executed. The police claimed that these suspects were “nanlaban,” a Filipino term for resisting arrest. (With reports from SunStar Philippines)