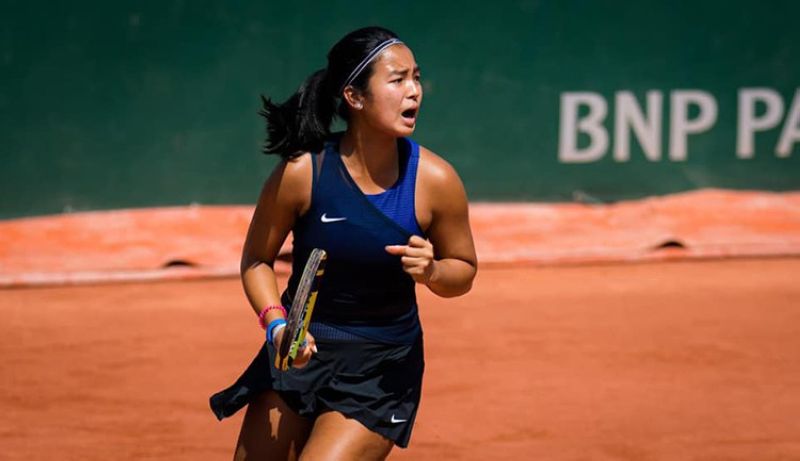 Alex Eala and her Andorran partner faltered in the W25 Madrid doubles competition and got ousted in the quarterfinals. (Alex Eala Facebook page)

The defeat ended what was a dreadful day for the gifted 16-year-old, who lost to fifth-seed Andrea Lazaro Garcia of Spain, 6-2, 4-6, 4-6, to bow out of the singles competition earlier in the day.

In the doubles contest, the pair of Eala and Jimenez Kasintsevas got off to a superb start as they led 3-0. However, the Lahey-Tjandramulia found their bearings and won the next four games to go in front, 4-3. The game ended up being tied at 5-5 but Lahey and Tjandramulia broke Eala and Jimenez Kasintsevas’s serve to go up, 6-5, and then, held their serve to win the first set, 7-5.

Eala and Jimenez Kasintsevas found themselves in trouble in the second set as they trailed, 1-3. Fortunately, they found their second wind and won four straight games, capped off by a break of their opponents’ serve to move in front, 5-3. The Lahey-Tjandramulia retaliated with a break of their own to stay alive, 4-5, but Eala and Jimenez Kasintsevas answered with another break to capture the second set, 6-4, and force a third set decider

In the race to 10 affair, the Eala-Jimenez Kasintsevas got off to a 3-0 lead but could not sustain their momentum, committing two double faults to trail, 4-5. With momentum on their side, the Lahey-Tjandramulia duo eventually cruised to the 10-6 win in the third set to secure the match and a place in the semifinals. (JNP)