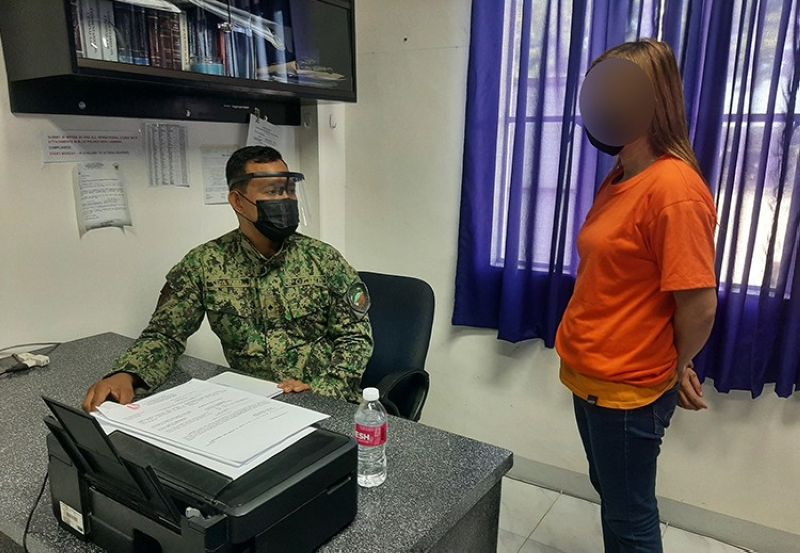 A 44-YEAR-OLD solo mother was arrested by local authorities in Candaba, Pampanga for allegedly extorting money from truck drivers passing by the town.

David said they received information that Marin has been asking for money in exchange for a "hassle-free" trip of dump trucks into the municipality.

"The suspect was allegedly claiming that she can provide assistance to dump trucks going to Bulacan through Candaba and in exchange, she was asking for P500 per trip from each truck," he said.

Upon receiving the tip, David said a team immediately launched an entrapment operation, where Marin received P500 from an undercover operative who posed as truck driver.

The operation led to the immediate arrest of Marin, as well as confiscation of the P500 marked money and another P500 bill believed to be from another truck driver.

Meanwhile, Marin admitted receiving cash from truck drivers but claimed they are her friends who are giving her assistance.

"They know I am solo parent, so they are extending financial assistance to help with my daily expenses," she said.

Marin is now facing charges for a robbery-extortion case in relation to her alleged illegal activities.

Meanwhile, David reminded truck drivers to always abide by the local and national laws and refrain from engaging in any unscrupulous activities.

"The local police and government are stern in implementing truck ban so to avoid troubles, make sure to limit your loads within the water level and prescribed weight limit," he said.