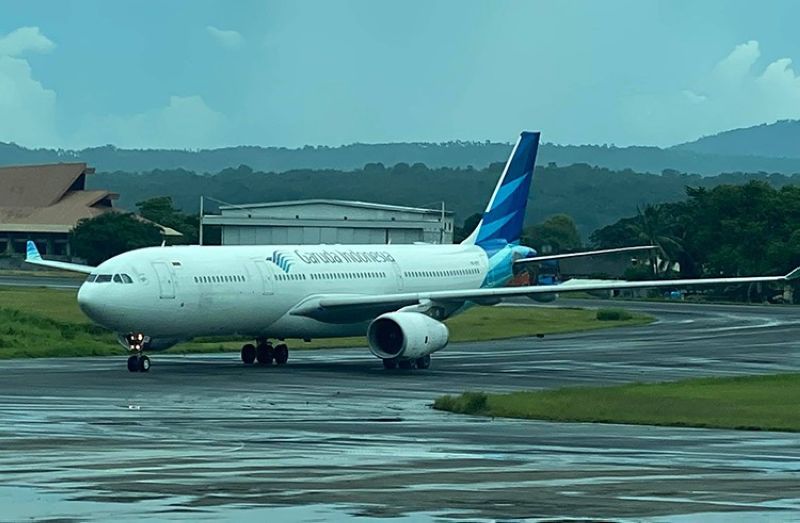 City Tourism Operations Officer (CTOO) head Generose Tecson said in her Facebook post that the 99 returning overseas Filipino workers (ROFWs) were transported via Garuda Airlines from Fiji and landed at the Davao Airport around 3 p.m.

Tecson, who also serves as the Airport Monitoring head, said the seafarers will undergo 10-day quarantine at the city's facility and will be swabbed on the seventh day before they will be allowed to travel onwards to their destination and finish their four-day home quarantine.

"The event also served as a dry run for future international flights to Davao City," she said in her Facebook post.

Prior to the arrival of the ROFWs, Tecson said in a press conference on Wednesday morning: "This is repatriation from Fiji, at uuwi sila dito sa Pilipinas and dito sila sa Davao City kasi (and they will return here in the Philippines via Davao City because) we already opened our airport for international flights through charter flights."

The official said the repatriated workers are coming from various localities in the country.

She said the quarantine policy of the city is in accordance with the Inter-Agency Task Force on Emerging Infectious Diseases (IATF) guidelines.

The official said the seafarers were quarantined in various hotels in the city that were designated as quarantine facilities for international flight passengers.

She said the recent arrival of the repatriated OFWs served as a welcome development for the hotel industry in the city.

"Ready naman tayo (We are already ready) because we have all the [processes] in place at airports, and even with our hotels. This is a welcome development because atleast 'yung (our) economic activity nila medyo gagana na (will gradually recover)," the official said.