Councilor proposes P5,000 fine for refusal to get tested 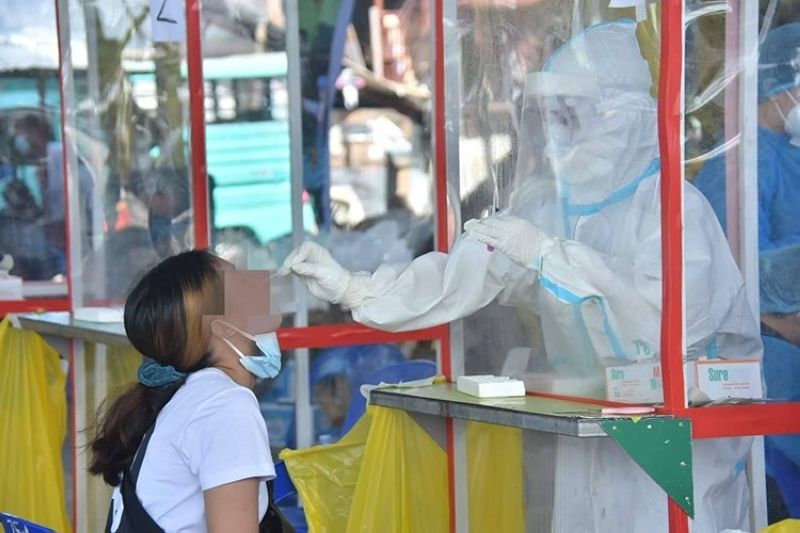 A DAVAO City councilor has proposed a law that could penalize Dabawenyos who refuse to undergo Covid-19 testing with a fine of up to P5,000.

Councilor Mabel Acosta, chairperson of the committee on peace and public safety and on special publications, said in a radio interview that among the provisions of the ordinance is that violators will not be issued with any warning but a citation ticket if he or she will not comply with the mandatory swabbing.

The proposed ordinance, requiring identified contacts to undergo mandatory swab testing and/or mandatory isolation and quarantine, is in accordance to Executive Order (EO) 20, "An Order Providing for Mandatory Swabbing of All F1, F2, And F3 Contacts of an RT-PCR [Reverse transcription polymerase chain reaction] Confirmed Positive Case of Covid-19 in Davao City."

Acosta, the ordinance’s author, said she lobbied for its enactment since the entire country is under a state of public health emergency and yet some people refused to be tested.

The councilor said the Davao City Covid-19 Task Force passed a resolution to the 19th City Council to enact an ordinance penalizing violators of the mandatory swabbing.

She added that the EO has limited power and cannot impose any penalty or sanction.

"Daghan ang dili magpatuo. Naglisod atong contact tracers. (Many people do not comply, which gives our contact tracers a hard time.) How can we control the spread [of the virus] kung dili mo magpa-swab? (if you do not submit yourself for testing?)," Acosta said in an interview on 87.5 FM Davao City Disaster Radio.

Compared to the national law, she said the penalty is lower, considering that it is stipulated under Republic Act 7160 or "the Local Government Code of 1991" that ordinances are only limited up to P5,000 maximum penalty.

Citing RA 11332 or the "Mandatory Reporting of Notifiable Diseases and Health Events of Public Health Concern Act," Acosta said penalties could range up to P20,000 and imprisonment.

Among the public’s misconceptions, she said, is that they refuse to be tested because they do not manifest any influenza-like illness (ILI). She reiterated that having no signs and symptoms of Covid-19 does not guarantee that a person is not a carrier of the virus.

"If you do not cooperate, you are practically... it's a crime to give your virus to other people unya pinahamak mo buong pamilya, buong kapatid mo, buong subdivision, Pilipinas. Ginapasa man nimo. So dapat, kung ma-identify ka, magpa-swab ka (as you are endangering the lives of your family, your brothers and sisters, the entire subdivision, and the entire Philippines. You are transmitting the virus to others. So if you are identified to undergo swabbing, you must cooperate)," Acosta said.

The councilor reiterated that the City Government shoulders the expense of the swabbing.

She also said there must be a continuous information dissemination to allay the fears of some who have hesitations in getting swabbed.

The ordinance is set to have another committee hearing on Friday, June 18, along with the business sector, and is set to be deliberated in the City Council on Tuesday, June 22.

Davao City Mayor Sara Duterte-Carpio previously admitted that they are still encountering the same challenges in its Covid-19 response more than a year into the pandemic.

The mayor said that some patients are hard to find as they do not “truthfully” provide their accurate contact details and address.

The city, since April this year, has heightened its Covid-19 surveillance and response. It has been targeting to test more than 1,000 individuals per day.

Davao City Covid-19 Task Force Spokesperson Dr. Michelle Schlosser said the city has registered a high positivity rate of 7.57 percent as a result of their intensified case finding of individuals with ILI and through surveillance swabbing.