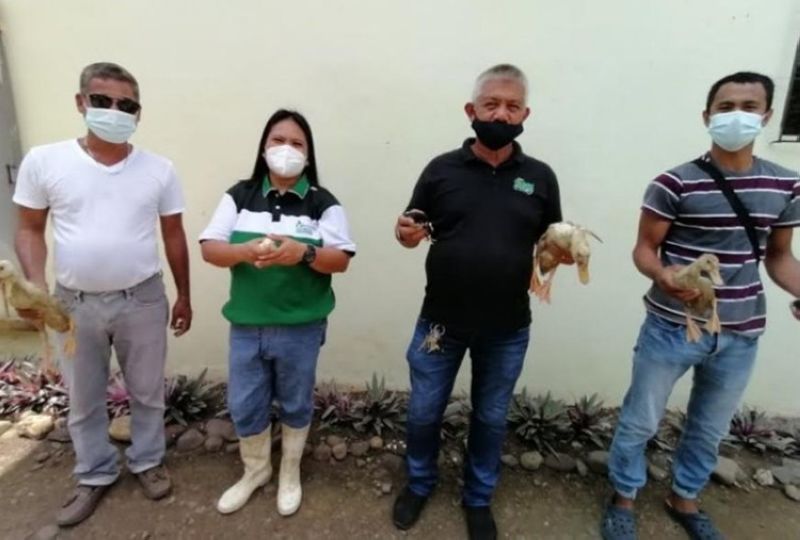 THE Multisectoral Alliance for Development (Muad)-Negros has received 200 heads of free-range chicken and 100 heads of pekin duck as livelihood assistance from the Provincial Veterinary Office (PVO) of Negros Occidental.

Muad-Negros is a federation of farming groups, non-government organizations (NGOs) and community-based organizations working to promote sustainable farming including livestock and poultry raising.

Its executive director, Reynic Alo, along with some members, received the animals in turnover rites held at the Provincial Livestock Breeding Center and Dairy Farm in Barangay La Granja, La Carlota City on Tuesday.

Decena said the effort is under the province's flagship Abanse Negrense Animal Livelihood Program that aims to augment the livelihood of local animal raisers.

"It is also expected to increase the federation's income through egg and meat production," he said, adding that it could also be a readily available source of protein for the households.

Under the program, the recipient federation will work on increasing the number of animals so they can be redispersed to their members.

Aside from free-range chicken, it is also positioned to boost the dispersal of pekin duck among other livestock and poultry animals in the province.

The project aims to sustain the production efficiency of existing local breeds of free-range chicken and pekin ducks.

The establishment and operation of multiplier farms is a continuing project of the provincial government through the PVO.

Decena said it is in consonance with the Abanse Negrense Development Agenda with the goal to capacitate LGUs with production facilities and breeder animals for genetic improvement.

"Through its livelihood assistance, the PVO aims to assist not only individual raisers but also associations and federations in uplifting the economic status of their members," he added.