Editorial: Two-faced in the drug war 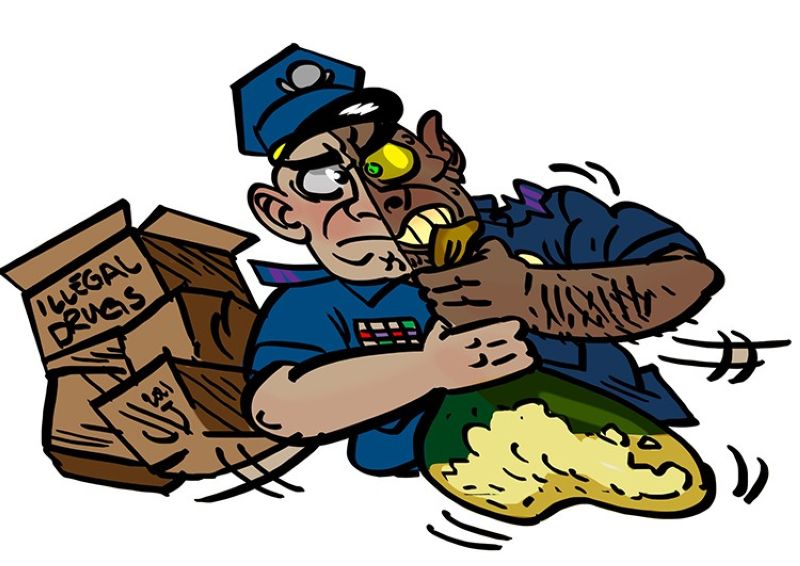 “I CAN only surmise that there is (abuse in the drug operations). I do not have evidence to prove it except what we have seen. So hindi nakapagtataka na magkakaroon ng abuses...But let us not put down the other 48,000 drug operations that were succesful and have arrested almost 100,000 at may mga kasong naka-file...So talagang there were abuses and I’m sure it happened, but do not put down the entire drug operations that were successful,” thus said Senate President Vicente Sotto III.

Two days earlier, Prosecutor Fatou Bensouda formally asked the Pre-Trial Chamber of the International Criminal Court (ICC) for authority to begin an investigation on the Philippine government’s war against illegal drugs for possible crimes against humanity in the 57-page “Request for Authorization of Investigation on the Situation in the Republic of the Philippines.”

At once, and predictably so, Presidential spoksperon Harry Roque Jr. launches an offensive, saying the ICC should have dropped the complaint outright since Bensouda herself knew that the Philippine courts have been working on the cases. The complaint is politically charged, said Roque. One of those pushing the case is former senator Antonio Trillanes III, staunch critic of the President.

But let’s go back to Sotto’s statement. For one, he acknowledged that, indeed, there were abuses committed in the drug war. He does not have proof, but he is “sure it happened.” While he said this in the same breath that he lauded the 48,000 drug operations and 100,000 drug cases filed, the matter on abuses may be taken apart from the successes in the drug war. And that’s what makes an investigation necessary—weed out abuse cases from those that were carried out to the letter. Call a spade a spade.

The Department of Justice (DOJ) and the Philippine National Police (PNP) through the leadership of Secretary Menardo Guevarra and Chief Guillermo Eleazar have agreed to collaborate in reviewing initially 61 cases of administrative and criminal liabilities of policemen in the drug war. This was the Philippine Government’s commitment to the United Nations Human Rights Council where Guevarra revealed that, indeed, “there were deviations by some law enforcement agents from standard protocols which require coordination with other agencies in law enforcement operations and in the processing of the crime scene.”

Bensouda’s submission only concludes the prelimimnary examination, which if approved by the Pre-Trial Chamber over reasonable basis, will lead to the next phase of formal investigation. It gets pretty tricky though since a case would be rendered inadmissible if the Philippine Government had demonstrated willingness to investigate and prosecute abuses in the drug war. The recent DOJ-PNP agreement for the police organization to open its records to the justice department already preempts the next phases in the ICC process. Though, still, legal experts say the Pre-Trial Chamber will authorize an investigation.

On the whole, though, we see two contrasting responses by the government -- an openness to probe, as demonstrated by the DOJ-PNP deal, on one hand, and an opacity of the defensive kind via Roque’s statements. Which one cancels the other?

While some sectors laud the step toward transparency in the DOJ-PNP collaboration, others believe it merely amounts to tokenism, a preemptive strike at an impending ICC investigation. The transparency effort only plays out as an exclusivist game between two government agencies, and is therefore suspect.