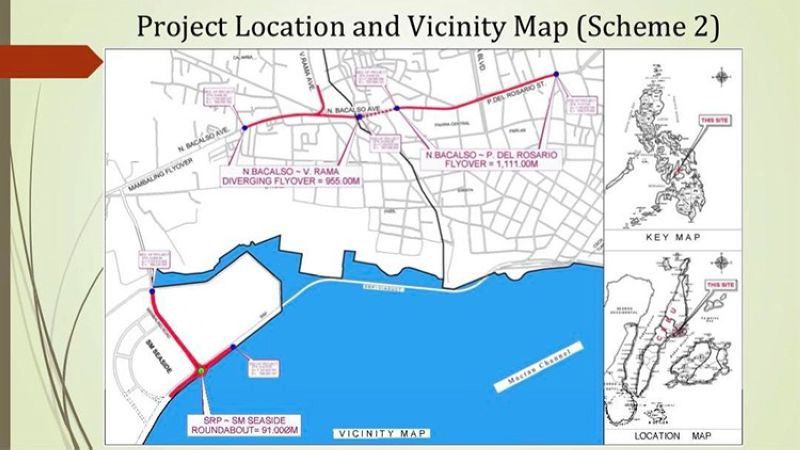 Department of Public Works and Highways (DPWH) 7 Director Edgar Tabacon sought to defer the suspension, saying the DED would also assess potential traffic solutions in the two areas other than the construction of flyovers. The study has a budget of P105 million.

But Gordon Alan Joseph, co-chairperson of the infrastructure development committee (IDC), said their resolution stands and further discussions on the matter would be conducted during the committee meeting.

Proposed flyovers ‘may not push through’

The resolution, which was approved during the RDC’s second quarter full council meeting held virtually on June 18, asked DPWH 7 to suspend the DED pending the submission of some documents.

The committee had requested the DPWH 7 to submit the latest status of the DED, the consultants’ profiles, and alternative design solutions to the existing vehicular traffic in the affected areas.

Joseph said the IDC recognized the merit of the position paper presented by the Philippine Institute of Environmental Planners (PIEP)-Cebu chapter during their meeting on May 25 in response to the public hearing conducted by the DPWH 7 on the DED.

Joseph said the PIEP-Cebu paper stated that the proposed flyovers will have “undesirable” outcomes.

The group said these might eliminate the possibility of implementing the much-needed rail-based mass transit system in these areas. These could also adversely affect the image of Cebu City as a historic city.

The group also said flyovers might fail to decongest road traffic as these will just transfer congestion to other areas.

“The only solution to this traffic (problem) has been presented to us, always relating to flyovers and underpasses, none of which have proved to be effective in the past and which are also very, very costly,” Joseph said.

Tabacon said the DED, which was approved before he assumed office, would also study other options.

“But, of course, as we did with other flyovers, we always implement the widening first. If there is any, aside from traffic

schemes, there are other solutions also to decongest the congestion in a certain intersection, we always recommend also the widening, the flaring of the intersections,” he said.

He said his office has sent a letter to the Department of Transportation, recommending the implementation of the planned mass transport system in Metro Cebu.

Nonato Paylado, head of the planning and design division of the DPWH 7, said they are going to revisit the data they gathered two years ago for the feasibility study for the flyover projects.

In a previous interview, Paylado said the DED is an undertaking to compare or to study the several options which can address traffic (either road widening, flyovers, underpass, road clearing and traffic signalization, among others) and to figure out which of these measures is more appropriate or more effective.

Joseph, on the other hand, said the DED is no longer about “options” but is about the technical details of a project. / WBS