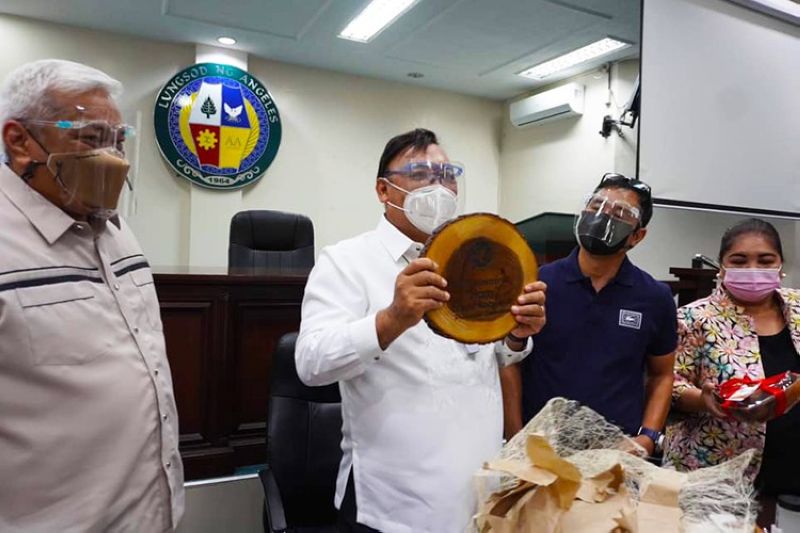 "Wherever the late Congressman Lazatin is, I am sure he is very proud of the both of you, having his legacy live on," Roque said, reminiscing his working days with the elder Lazatin during his days in Congress.

Roque, meanwhile, cited the Angeles City Government for its implementation of safety and health protocols being undertaken by the national government.

He bared this at the City Council hall, after having a short meeting with the Lazatin brothers, Vice Mayor Vicky Vega-Cabigting, Executive Assistant V Raffy Angeles, and the 33 village chiefs.

The Acedipo has been supervising the One Town One Product (Otop) store of the City Government with Executive Assistant IV Reina Manuel, where local merchants could sell their Gawang Angeleño products, free of charge.

He then reminded the local officials to ensure their constituents' safety and health amid the ongoing health crisis.

According to him, the Office of the President is always open to hear concerns from the public.

For his part, Mayor Lazatin said the City Government is one with the national government in its aim to end this pandemic soon.

Safety and health protocols against Covid-19 were observed. All officials present during the visit underwent rapid antigen testing and were all declared negative.