Mabalacat to have double jab capacity 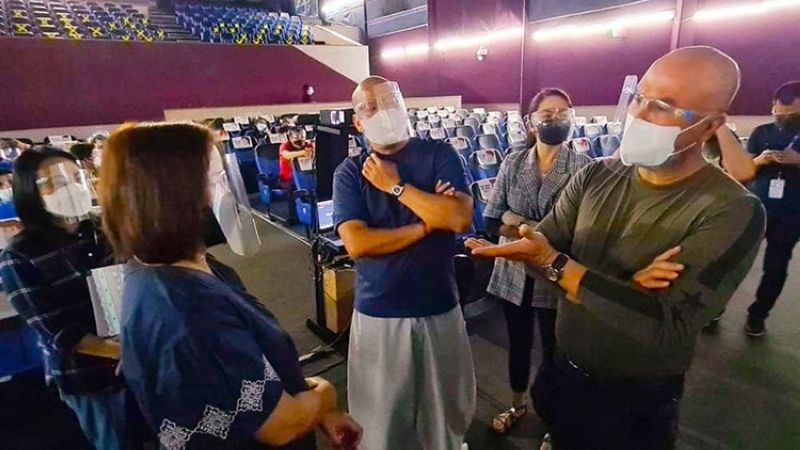 THE Department of Health (DOH) announced on Friday, June 18, that the vaccination in Mabalacat City will be boosted, increasing it to more than double its daily capacity.

DOH-Central Luzon Director Dr. Corazon Flores said that starting next week, the capacity will be increased from 500 to 1,200 per day. She made the announcement during the ocular inspection of vaccination center at the cinemas of SM City Clark.

The DOH noted the prompt vaccination process of Mabalacat, citing also the convenience and comfort of the vaccination venue.

“Mabalacat has a nice set-up, very comfortable for both the health workers and those who will be inoculated,” Flores said in an interview.

“We like what is taking place here. They move very fast,” Flores said, as she added that the DOH will deliver more vaccines to meet that target.

Mabalacat City has received about 10,000 Sinovac doses the past few weeks, while about 5,000 doses are set for delivery next week.

Mayor Crisostomo Garbo said they anticipated an increase in operations as Mabalacat is host to about 80 percent of the 120,000 workers inside the Clark Freeport where a great majority of the land is in its territorial jurisdiction.

Garbo said the increase in capacity is also attributed to the accommodation of A4, or those considered as business frontliners.

SM Regional Operations Manager Andrea Madlangbayan said that all of the six cinemas at its Clark mall will now be utilized for vaccination.

As part of the preparations in the surge of vaccines, Garbo said the city will also implement an online registration in coordination with the Department of Information, Communication and Technology.

“While we move towards paperless registration especially for the employees, we will also put up kiosks for those who do not have computers and smartphones,” Garbo said.

While gearing for an increase in vaccination capacity, the city has also prepared more isolation and quarantine facilities as part of the Covid-19 Response Initiative System (Cris) being implemented by the City Government under the supervision of Dr. Jay Rivera.