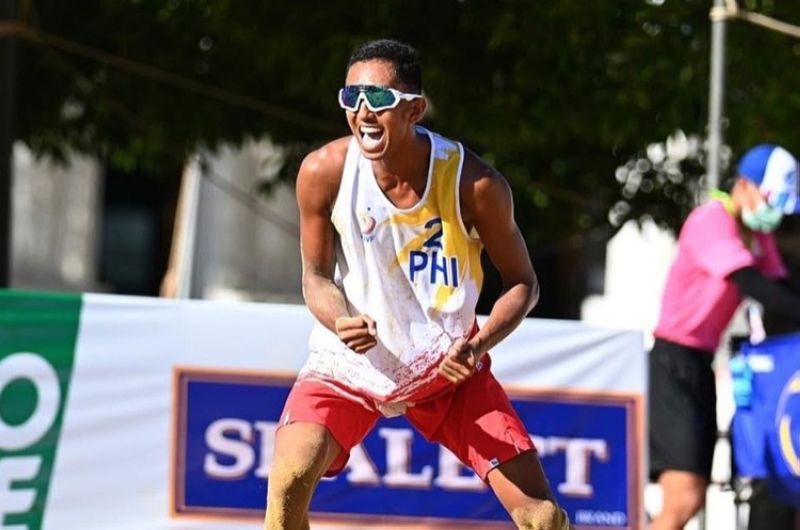 The Philippines and Lebanon split their first confrontation, thus sending the duel to a golden match or tie breaker.

Requinton subbed a cramping Anthony Arbasto and was fresh against the Lebanese, who are seeded one rung behind the Filipinos at No. 5 in these semifinals where the winner advances to the finals on June 24 in the same venue.

"The Lebanese just wouldn't simply sink in the sand," the 20-year-old Requinton said. "It was tough throughout the golden match-it was a fight for pride-but we showed Pinoy heart."

Lebanon drew first blood with Chedid and El Azzi fashioning out a 21-19, 21-19 win over Requinton and James Buytrago.

But a cool and calculated tandem of Garcia and Arbasto did not let their guard down and rallied from a four-point deficit in the deciding set to beat Akl and Salba Chafix, 16-21, 21-18, 18-16, to force the golden match.

The Filipinos, backed by the Philippine Sports Commission and Philippine National Volleyball Federation (PNVF) partner Rebisco, will have their hands full when they face Australia later in the afternoon.

The winner of the Philippines-Australia match will face Japan at 10 a.m. on Saturday. The winner here will qualify for the finals where defending champion Qatar and zonal titlists China (east), Indonesia (Southeast Asia), Iran (central), New Zealand (Oceania) and Oman (west) and host Thailand lie in waiting.

Only the winner of the finals will earn a ticket to Tokyo. (PR)