Gilas comes alive in 2nd half to trounce Indonesia 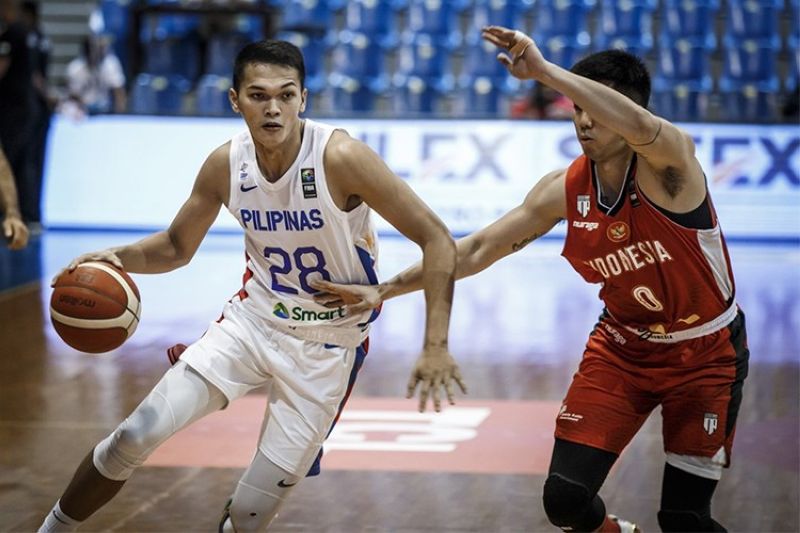 PAMPANGA. Justine Baltazar showed his versatility as he filled up the stat sheet versus Indonesia. (FIBA)

THE Gilas Pilipinas made it two in a row in the final window of the FIBA Asia Cup qualifiers, as they blew away Indonesia, 76-51, on Friday night, June 18, at the Angeles University Foundation gym in Pampanga.

The Gilas got off to a sluggish start but started to turn things around in the third canto, where they uncorked 13 straight points to erect a 48-31 lead. They outscored the Timnas by seven, 21-14, in that stretch to bring a 51-36 lead to the final canto. The fourth period Gilas run away with the game to stay unbeaten in the qualifiers with a perfect 5-0 (win-loss) record.

Versatile wingman Dwight Ramos was all over the floor as he gobbled up 12 rebounds to go with 10 points, three steals and an assist. Justine Baltazar was just as superb as he produced 11 points highlighted by two triples along with nine rebounds, a steal and a block.

Naturalized player Ange Kouame added 11 points and five boards. Francis “LeBron” Lopez, who is the youngest player to play for the Philippine men’s basketball team since Jun Limpot did it when he was just 17 years old in the 1989 Asian Basketball Confederation Championship, also had a fantastic debut as he piled up eight points, five rebounds, an assist, a steal and a blocked shot.

Cebuano forward Carl Tamayo also had an efficient outing as he had six points, four rebounds, two assists and two steals before spraining his ankle during a rebound play in the final period.

The Gilas will rest on Saturday before taking on South Korea for the second time in this event on Sunday at 3 p.m.