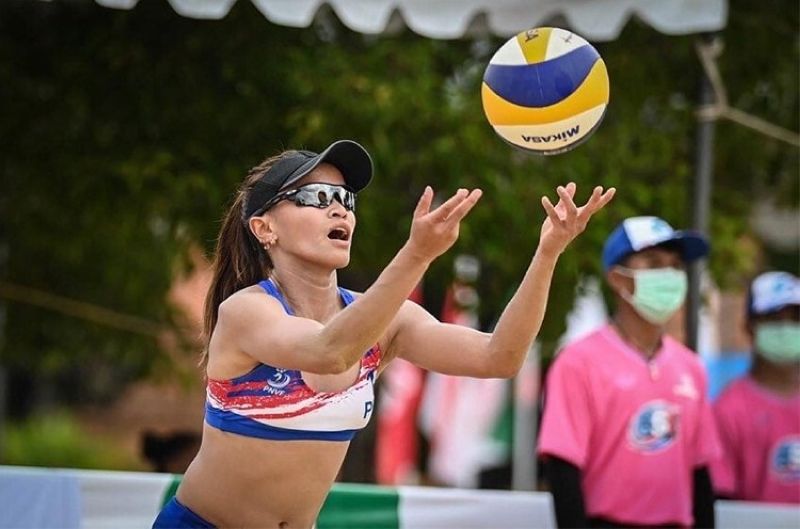 CEBUANA volleyball star Cherry Ann “Sisi” Rondina and her partner, Bernadeth Pons, saw their dreams of playing in the Tokyo Olympics come to an end after they were beaten by Alice Zeimann and Shaunna Polley of New Zealand, 21-19, 10-21, 12-15, in the golden match of the Asian Volleyball Confederation Continental Cup semifinals in Thailand, on Friday, June 18, 2021.

Earlier in the day, the Rondina-Pons tandem pulled off a 21-12, 17-21, 15-9 win over Francesca Kirwan and Olivia MacDonald, to give hope to a Philippine side that saw its bid in the men’s side doomed by Australia. Dij Rodriguez and Babylove Barbon also could not duplicate the victory and bowed to Zeimann and Polley, 14-21, 13-21, to force a golden match.

Despite the loss, Rondina said there are plenty of positives to take away from this campaign.

“We still have all the reasons to be happy. We beat New Zealand, we didn’t expect that against experienced veterans,” said the pride of Compostela in Cebu. “Never mind that they were taller, we gave it our best shot and gave our country some exciting moments.”

In the golden match, the Kiwis made a major adjustment by forcing Pons to work more on offense over Rondina to even the match and force a deciding third set.

New Zealand raced to 4-0 and 10-5 leads in the third set but were caught reeling behind Pons’s incursions that pushed the Filipinas to within 9-11.

Sisi and Pons threatened at 12-14 but the Kiwis held fort and got the win on a Pons service error. (JNP)