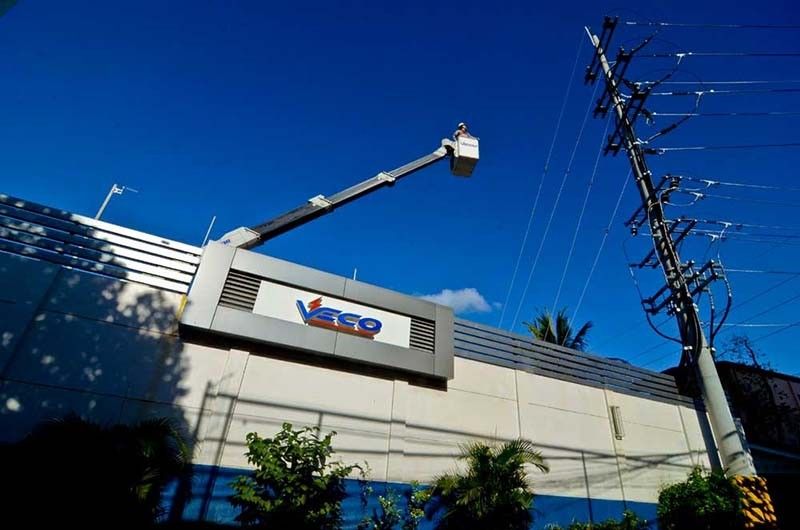 DISTRIBUTION utility Visayan Electric Co. Inc. on Friday, June 18, 2021, warned its customers that electricity bills for the June-July billing period will be higher because of an increase in generation rates.

To avoid bill shock, customers are urged to unplug appliances that are not being used and to “be cautious in using cooling appliances since these are mostly the ones that use more electricity.”

Raul C. Lucero, Visayan Electric president and chief operating officer, said the elevated prices of coal and fuel as well as the high prices in the Wholesale Electricity Spot Market (WESM) have caused generation rates to increase by up to P0.61 per kilowatt-hour (kWh).

“Although the Visayan Electric franchise (area) is not affected by the power challenges being experienced in Luzon, our power suppliers are greatly affected by the increase in prices of coal and fuel in the world market, which in turn has also caused an increase in generation rates,” Lucero said.

“The price of power in WESM is also high since most of the generators that supply power in WESM are also affected by coal and fuel prices,” he added.

He emphasized, however, that Visayan Electric’s distribution rate has remained at P1.5992/kWh since 2014.

For June, Visayan Electric sourced only 5.4 percent of its requirement from WESM, the market for trading electricity as a commodity.

The bulk of Visayan Electric’s supply comes from the coal-fired plants of Cebu Energy Development Corp. and Therma Visayas Inc., both subsidiaries of the utility’s parent firm Aboitiz Power Corp.

The utility also sources power from the diesel-fired facility of Cebu Private Power Corp. and the geothermal plant of Green Core Geothermal Inc.

Cebu Chamber of Commerce and Industry president Felix Taguiam said the high electricity rates are not new since WESM prices are also high.

But he said that had Visayan Electric been “more active before in looking for ways to lower the prices, the accumulated impact would not have been this high.”

“Even Meralco, when they announce their price hikes, it’s still within the range of less than P9/kwh. (I) wonder where our regulatory agencies are now in helping the consumers? Why are they still silent on this? Why is Cebu left out in their investigations?” he said.

Taguiam said the higher rates are unfortunate since most businesses are still trying to reopen safely to create much-needed jobs and boost consumer confidence.

He said the best they can do is to knock on the hearts of the utility’s management.

“What might be legally correct, as they say, is above board might not be morally correct,” he said.

Asked on what solutions he can propose to Visayan Electric to lower power rates, Taguiam said he will leave it to the Energy Regulatory Commission, Department of Energy, Anti-Red Tape Authority and Philippine Competition Commission.

“(This is so) that the people will know which agency is really working for them,” he said.

In January 2021, Visayan Electric was asked by the Energy Regulatory Commission (ERC) to explain its high power rates after CCCI raised the concern.

The chamber, which is the biggest business organization in the Visayas, said a survey it commissioned in October 2019 identified the high cost of utilities as the second top obstacle to doing business in Cebu.

A study that the organization conducted later alleged that Visayan Electric procures more than 50 percent of its total requirement from generation firms that are also under Aboitiz Power.

The chamber said this violated the provision on cross-ownership in Republic Act 9136, or the Electric Power Industry Reform Act (Epira).

Since December 2019, the chamber has been negotiating with Visayan Electric for a way to bring down the cost of power in Cebu.

In her letter dated Jan. 4, 2021, ERC chairperson and chief executive officer Agnes Devanadera directed the Visayan Electric to explain the high electricity rates and its perceived violation of Section 45 (b) of Epira.

Meanwhile Visayan Electric customers Nenita Ygoña and Liezel Sollano said they already employ power-saving measures such as alternating the use of refrigerators and air-conditioning units.

“If the refrigerator is on at a particular time, then the aircon should be turned off and vice versa,” Ygoña told SunStar Cebu.

Sollano, for her part, said she does not switch on the air-conditioning units as much as possible. / JOB