Gilas eager to show Korea that win was not a fluke 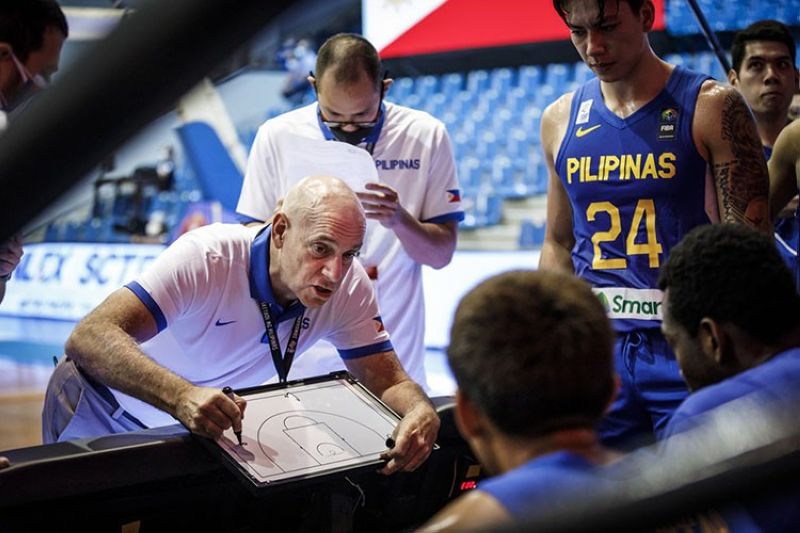 Gilas head coach Tab Baldwin was miffed at the comment of Korea coach Cho Sang Hyun that implied the Philippines’ victory came just because of a “lucky shot.” (FIBA)

Gilas Pilipinas head coach Tab Baldwin is eager to show his Korean counterpart that their 81-78 victory last Wednesday was not all about luck when the two rivals face off once again on Sunday afternoon in the FIBA Asia Cup qualifiers in Pampanga.

Not long after the Gilas stunned Korea, 81-78, thanks to a banked-in buzzer-beating three-pointer by SJ Belangel, Korea coach Cho Sang Hyun commented that the Philippines’ win came because of a “lucky shot.”

“There is no space for taking a shot. It was a lucky shot. There was nothing we can do to fix it,” said Cho through an interpreter.

The comments did not sit well with Baldwin.

“We’ve already read that the Korean coach felt that we were lucky to win the game," Baldwin said. "Frankly, I think that’s pretty rich of any coach to walk off a game in which you lose and to claim that it was good luck on the part of your opponent."

Baldwin said Cho’s comments will serve as extra motivation for his players to show the other side that they are more than just luck.

“We would make sure that that is highlighted and I’m sure that will give our players a little bit of an extra incentive. I don’t expect that we will be going out there to make friends on Sunday,” Baldwin added. (JNP)