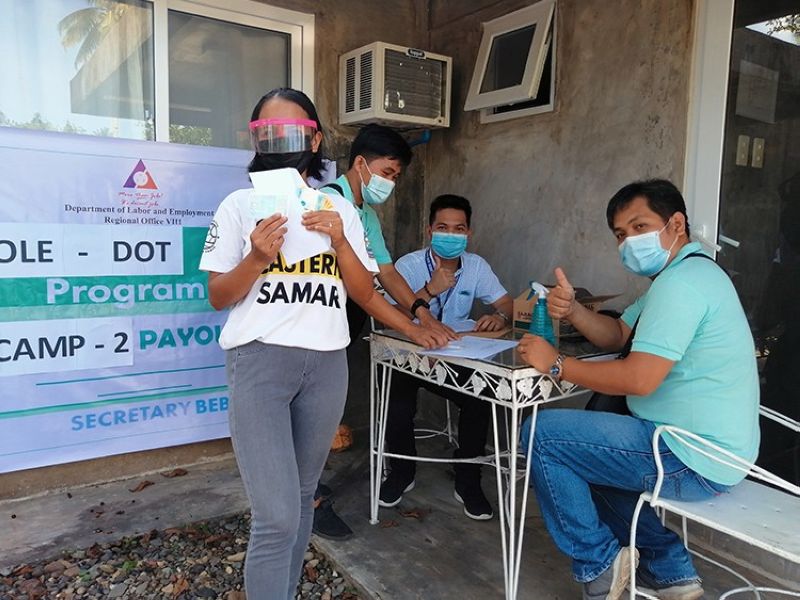 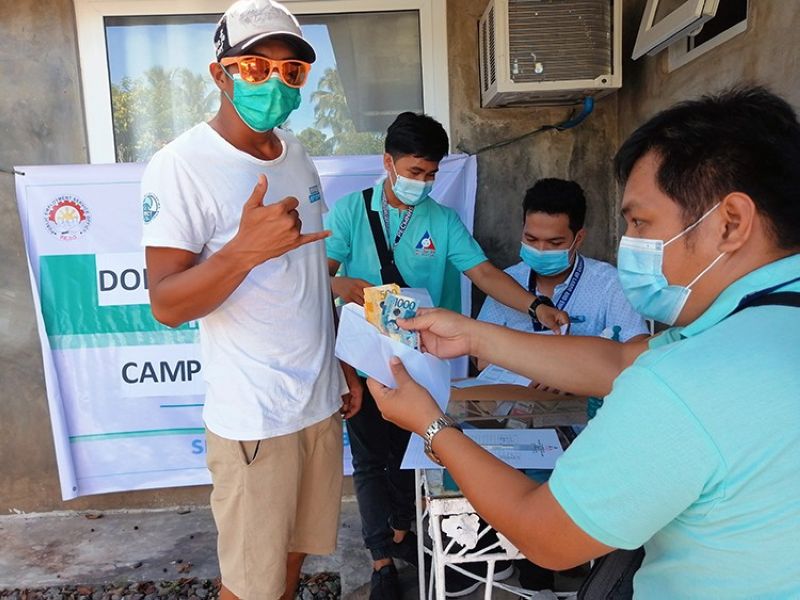 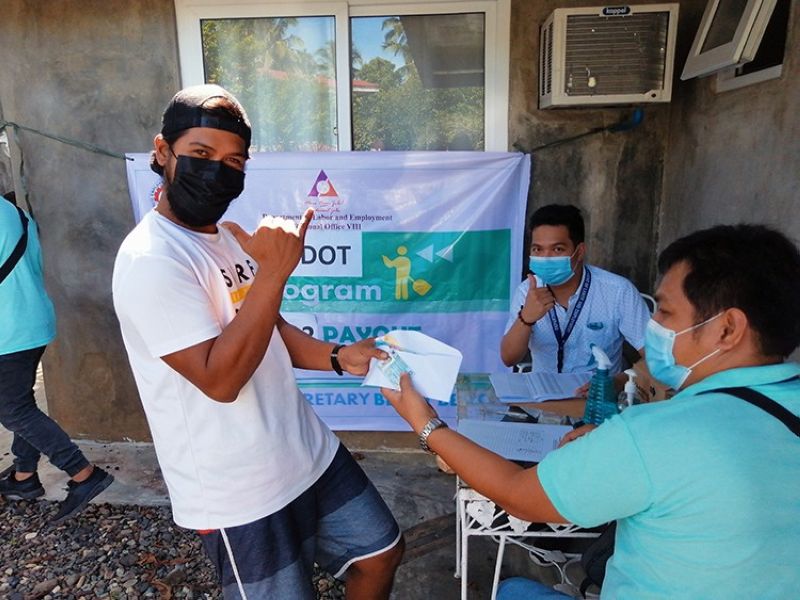 BORONGAN CITY -- When the pandemic started in March 2020, these surfer-tour guides were the first to answer the call to help in the government’s Covid-19 response. Now, the government is giving back for their efforts.

Almost 80 members of Surf Riders Club of Eastern Samar (SCES) received P5,000 each on Wednesday, June 16, under the cash-for-work program for displaced tourism workers of the Department of Tourism (DOT) and Department of Labor and Employment (DOLE).

These members are residents of the capital Borongan City and neighboring towns of Maydolong, Taft, and Llorente in Eastern Samar.

“We thank the DOT Regional Office-Eastern Visayas for helping us with the process in applying for this program. We would also like to extend our thanks to DOLE for expediting the release of the fund so that the recipients can make use of the aid while the capital city is under MECQ,” SCES president Rupert Ambil said.

Ambil also reminded recipients to make use of the financial assistance productively to ease the economic effects of this pandemic.

When the lockdown began, they were the first to produce face shields in the whole province of Eastern Samar. What started out as a small project with a target to create 100 pieces of personal protective equipment (PPE), eventually reached 1,000 pieces.

These PPEs were distributed to medical health workers and uniformed personnel who were at the frontlines of the battle against Covid-19.

Because of this, the City Government of Borongan recognized the Surf Riders Club of Eastern Samar as “local heroes” on June 30, 2020.

Surfriders Club of Eastern Samar is the oldest surf club in Eastern Samar. In 2019, they co-organized the Surf in the City Festival with the City Government of Borongan. The event gathered almost 100 best surfers in the country.

Surf in the City served as the final leg of the Philippine Surfing Championship Tour (PSCT) where they recognized the top surfers in the country, including the surfers who represented the country in the 2019 Southeast Asian Games.

The event boosted tourism opportunities for Borongan City with the five-day festival also hosting various sporting competitions aside from surfing, evening concerts featuring local bands and talents, and product exposition of some of the best products from the province.

The festival was also amplified online through the daily livestreaming of the event and rigorous social media promotions. This caught the attention of thousands of avid surfing enthusiasts from the Philippines and abroad. With this, the Surfriders Club of Eastern Samar is definitely putting Borongan City on the map as a surf city.